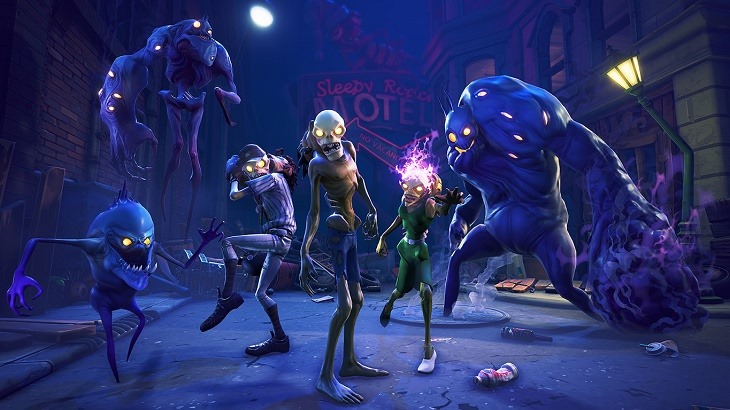 You’d be excused for not remembering that Epic Games is working on a free-to-play title called Fortnite. The first time we got a look at it was back in 2011 and we haven’t really seen much since then. In that time, the title was announced as a free-to-play PC exclusive and we now have a good idea of what the gameplay will be like.

A new gameplay trailer shows off some of the classes and craft Fortnite will bring to the table. We’ve only heard little bits about how Fortnite will play up until now, so seeing it in action really does bring a whole new level of excitement.

What it looks like is a bit of a mix between some Minecraft and Team Fortress 2 elements. You play as a specific class, with the Constructor, Commando and Ninja being shown off in the video below. Each class has their own pros and cons, but everyone will need to gather resources and start building. You build bases, traps and defences using schematics, which come with their own resource requirements. Whip out the blueprint when you’re done gathering, and you simply place the item down with the press of a button. As easy as that.

Those structures come in handy when waves of enemies start attacking you, and the gameplay trailer shows off one particular mode where you’re tasked with defending a central position. The game will feature many other modes that can all be played cooperatively. Some of these include timed modes where players have to race to a waypoint while fending off creatures, while another tasks you with escorting a robot and protecting him. All of this is wrapped up in a massive metagame, where playing missions in a certain area will unlock perks to make future missions a little easier.

There’s also things like persistent character progression and various different enemy types to deal with. A lot of content for a free-to-play game, which makes me wonder what type of payment model Epic Games has in mind. They have to make money somehow.

If any of this sounds interesting, or if the trailer piques your interest, be sure to sign up for the Alpha over on the official website.