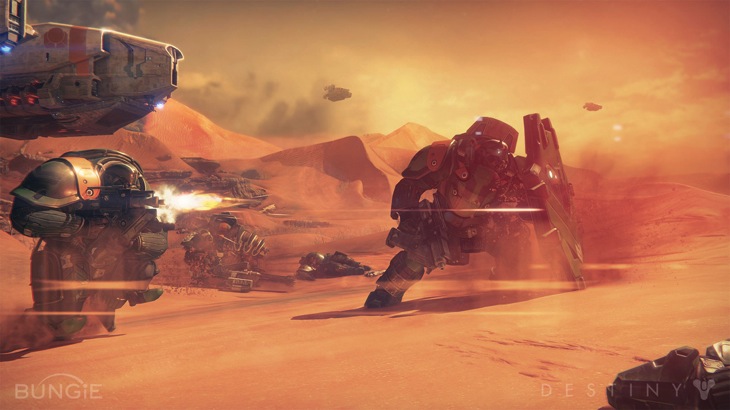 Destiny is huge and awesome and getting tons of hype at the moment. I’m downloading the Beta as I type, and I’m really amped to get into the game and see what all the fuss is about. However, Bungie knows that this is sort of like a first date, and they don’t want to scare gamers away by being too pushy.

Speaking to TrustedReviews, they explain that while they want to see the world develop and expand, they don’t want to force gamers into a sizable commitment. They know it can be quite an investment for gamers, not financially but emotionally.

This is kind of our first date – take a step into this world and play this game. If we told someone ‘we’re going to be together for 10 years’, then we are the overly attached developer.

That’s right, Bungie isn’t going to pressure us to move faster than we’re ready. As they see it, they need to “earn the right” to make a sequel, but for now it’s just a first game. A game that they hope will get gamers excited and happy, as well as curious for more.

I’m glad that they aren’t already talking about sequels. It’s hard enough to handle the new reality, that DLC and expansion packs are discussed before the game even launches. I don’t think I could deal with it if we were already getting details about a sequel before the game has shipped. So well done to Bungie for respecting your gamers enough to know that they need to give their consent before you take the next step.