Home Gaming Buying the Gears of War: Ultimate Edition gets you the rest of the series for free 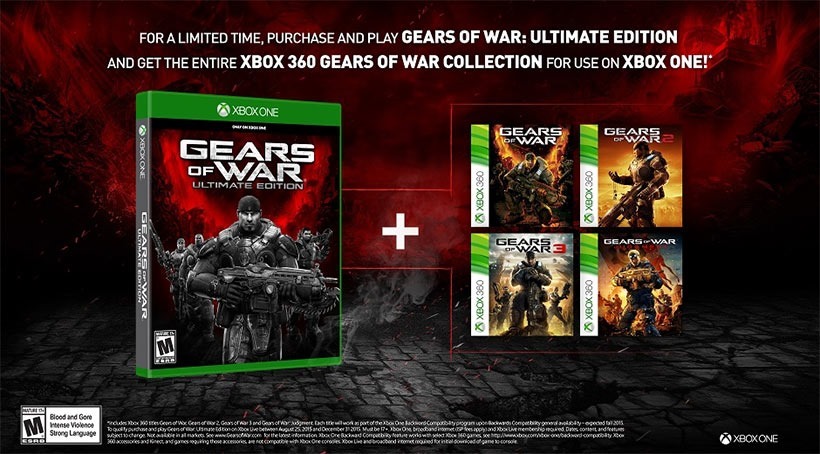 Gears of War: Ultimate Edition is coming later this month, bringing a remastered, rejiggered version of the seminal Xbox 360 shooter to a new generation. It doesn’t seem like the rest of the games re getting the same sort of remaster treatment, but that hardly matters – because if you purchase the remaster early enough, Microsoft will be giving you the rest of the games in the series for free.

Remember, Xbox One owners playing backwards compatibility-enabled games will be able to play multiplayer with their Xbox 360-owning brethren, which means that Gears of War’s multiplayer is likely to get a triple-whammy of a resurgence. If you’ve not played the series now would, of course, be the perfect time to jump in and get your chainsaw-action on.

All you need to do is buy and play the game before the end of the year.