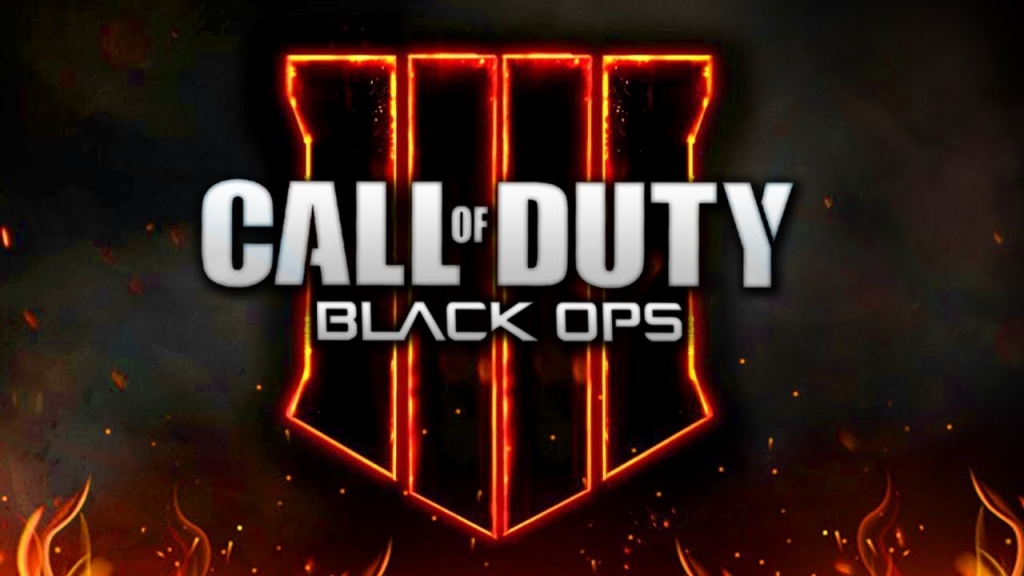 Hi, my name is Gavin, and I am a COD-a-holic. Thanks to the mostly middling Call of Duty World War 2 last year I have been able to not play Call of Duty for nearly 11 months now but, as they say, once an addict always an addict. And my latest fix came courtesy of the Call of Duty: Black Ops 4 closed beta which took place this weekend past.

So after the surprise 32GB download, I sat down for some good old-fashioned pew-pew and instantly felt like I was back in Call of Duty. The wall running and jetpacks from Advanced Warfare were gone, but the slow trudge of World War 2 is also thankfully not present due to the addition of the sliding mechanic. Mercifully, the awful WW2 social space has also been removed completely, so we are back to just instantly queuing for games without having to run around like an idiot trying to do some chores before gaming.

The big change this year is that before you jump into battle, you need to choose one of 10 specialists, which to be honest are pretty much the specialists from Black Ops 3 with some slight changes. You can only have one of each type of specialist on your team, and each one offers something unique to the game from attack dogs to flamethrowers. Each one has one unique ability and one unique ultimate that is charged up depending on how many points you are scoring. Creating the perfect mix of specialists is going to be important in the game as they each bring something different to the table such as a movable spawn point or a trip mine. You can see how those two can work together quite efficiently to protect a new spawn point.

Unfortunately, this has also felt a little rushed as you can’t choose what specialists you would prefer before joining a queue and if you don’t choose a specialist before the game starts it just randomly assigns you one. So you can’t do the obvious like check out what other people are picking and then choose yours to support them. It is possible to change specialists in the game, but this was extremely buggy with it simply not reacting to my requests on many occasions.

Speaking of bugs, this beta is chock full of them. I can hear you say “Yeah but this is what a beta is for”, but no. No, it isn’t. This beta is for marketing and tweaking balancing, measuring server load and looking for weird bugs that only raise their heads in public play. The bugs I got hit by were a few where the actual graphics would disappear from the map so everytime I wanted to look over the bridge I had a massive white rectangle floating in mid-air. I have seen people clipping through obstacles and flamethrowers never leaving the gun even when you swap between classes. Kervyn also tried out the beta and had the game lock up his console completely on two separate occasions while I have also literally had the game corrupt my PS4 database, requiring me to pull the power from the console and rebuild the database. That’s not some small bug.

And the real reason the bugs worry me so much is that the game feels just like Black Ops 3 – the engine feels a little old and the graphics are nothing to write home about. If it is, in fact, the same engine with some tweaks then how have they added in so many bugs? 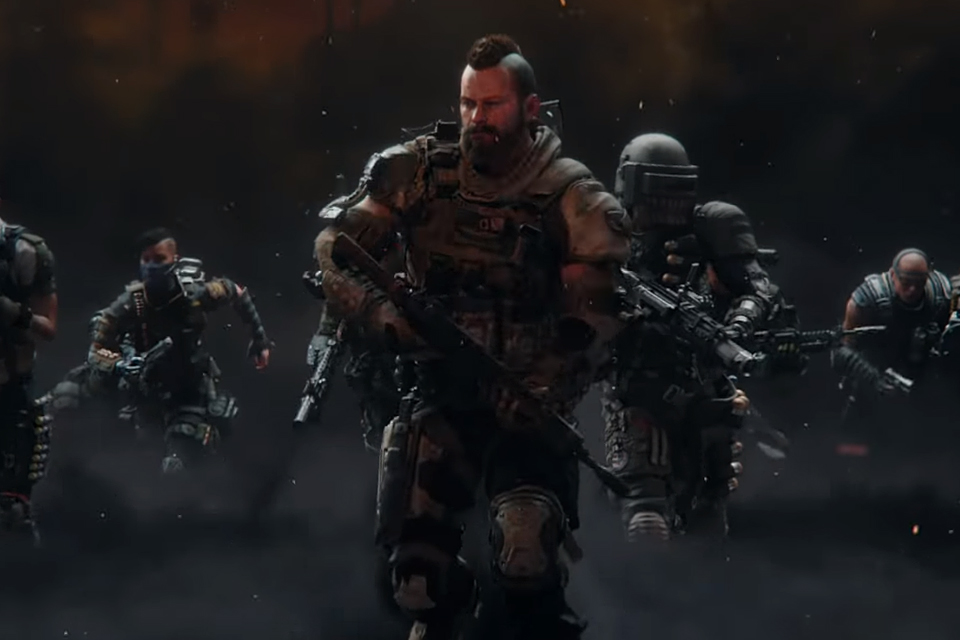 Call of Duty’s maps have always been solid. They are, pretty much, always three-lane maps with long sightlines down the middle and some close quarter fighting on each side and that is exactly what we have this year. When I spawned into my first game, I headed off left and circled around the back of the map and took out two of their snipers trying to take our guys down in the middle lane. I don’t have an issue with the three-lane maps but what I didn’t enjoy is that the maps are still 100% static, I couldn’t shoot the fish, crabs or birds occupying the map. Nothing is breakable and you still have certain walls you can climb over while others of the same height are impassable.

I’d like to go on about how beautiful the maps are or how well designed they are to set up positions to defend and attack but in reality they maps don’t look amazing. They are fine. They would be pretty amazing if this was a new IP from a smaller team but this is Call of Duty backed by Activision – and to be blunt I expected better.

They are extremely well designed and you can see they have thought about flanking positions, choke points and the like but they have been doing this for over ten years, and that is no longer something they get props for. I simply didn’t find anything in the map that made me think “damn, that’s clever” and it did feel more like a rehash of the previous Call of Duty maps. 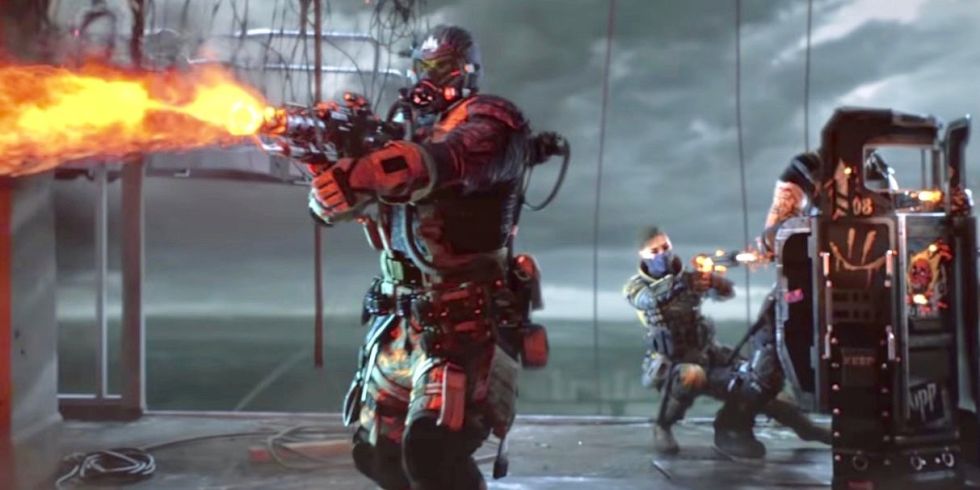 The beta had four modes: Team Deathmatch, Domination, Search and Destroy and the new Control mode. The older modes work as expected and nothing really has changed with Search and Destroy being the esports darling. It is, in reality, virtually unplayable with a team of randoms. Control, however, I really enjoyed as you need to either control or defend marked positions on the map and your team has a limited number of lives to do that. I think the number of lives was 35 which is a nice amount so that you don’t have to panic about dying every second but at the same time the limit is always in your face and you are reminded of it by audio calls at certain points.

You win by either controlling both points, or by simply killing the opposing team enough so that they run out of respawns. In the case of the former, when you are controlling the point, a meter fills up. If the opposing team enters the point it becomes a competed point and the meter stops climbing so you need to clear them out as quickly as possible. I really enjoyed this mode and hope it becomes the most popular as it has the nicest mix of strategy and skiet, skop en donner for me.

Your specialist abilities are also a lot of fun in this sort of mode as you could get one player putting up barbed wire and a microwave barrier to protect one of the flanks. All while your mobile spawn point is placed close to the control point and the other specialist shoots a sensor dart to alert you of people flanking the other side. I enjoyed the Control games I played, and the specialists made the most sense to me in this mode.

Did you enjoy Black Ops 3? Well, then you are probably going to enjoy Black Ops 4 as long as you are not expecting any significant changes to how the game plays. It may have downed the mobility and added in some new equipment, but Black Ops 4 is pretty much more of the same from Treyarch. Whether that is a good thing or not depends entirely on what you want out of a Call of Duty game. I am 100% convinced Treyarch will resolve most of the bugs before release and fix some of the balancing issues in the game, *cough* body armour *cough*, but I don’t think it’s going to break my Overwatch addiction, which is a pity as I am currently looking for a new multiplayer game to move to.