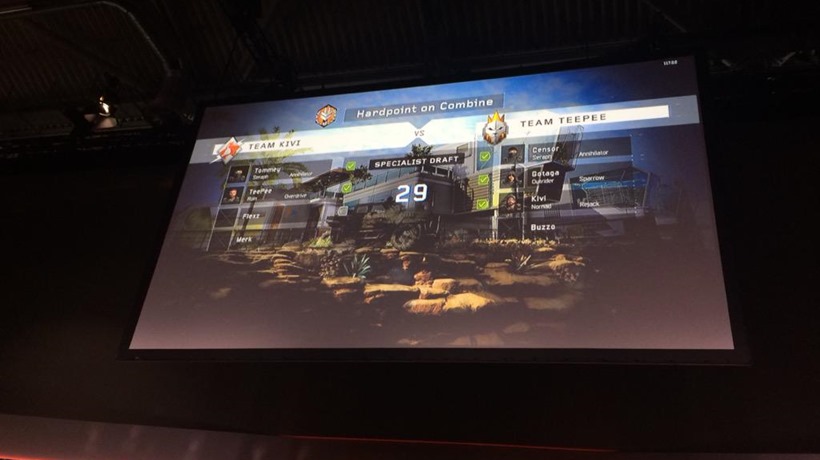 As an eSport, Call of Duty has always been there to give gamers their brand of competitive shoot ‘em up. Call of Duty Black Ops 2 pretty much kicked off a very hard push into that scene, as that was the very first game in the franchise to headline the annual Call of Duty championships.

Now, Treyarch is back with a third Black Ops game. And an even bigger charge forward into the eSports community. And they’ll be doing just that, by tossing players into the Arena.

While a Thunderdome Arena is my solution to any and all of life’s problems, this one is a bit different however. It’ll be more focused on the finer details in the Call of Duty Black Ops 3 meta-game, as players adjust their playstyle to their opponents.

The key to all of this, will rest in the new “Bans and Protects system.” Essentially, players will be able to play matches with very modified class creation options, Scorestreaks and specialists. In other words, Call of Duty Black Ops 3 has modifiers.

That means that any Specialist abilities which may be perceived as overpowered, such as Outrider’s one-hit kill arrows, can be banned before a match begins. Other players might feel differently however, which means that you’ll have to vote to protect Outrider’s special ability from being kicked out of the game.

Arena mode could then also result in players having to choose a unique specialist, which would result in matches having a more balanced mix-up of characters instead of watching two sides filled with pure Seraph players going head to head.

It may not sound like much, but to a dedicated Call of Duty player, that’’ means a hell of a change to the gameplay, as they’ll need to master more skills than ever before. And with the game having a tighter focus on characters, that’s a good thing.

That’s makes not only for a more challenging metagame overall, but for something that is actually far more entertaining to watch. It’s going to be interesting to see how this unfolds in the esports scene then.

We had Matty at the reveal last tonight, to liveblog the event. Here are his ramblings: