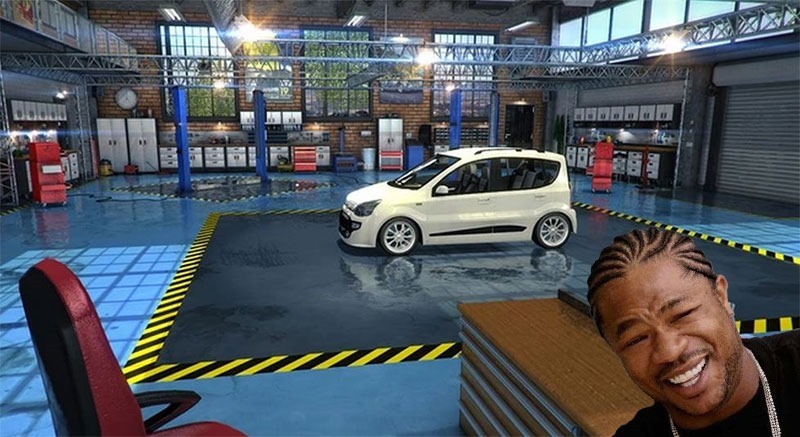 When I read about Car Mechanic Simulator last year, I made snide, derisive comments about the game being a hit in Springs, tailored as it is to folk on the far East Rand. A game about fixing up cars, and nothing else? Who on earth would enjoy that sort of thing? The joke’s on me, obviously – as the game was quite a hit, and is getting a sequel.

According to its developer, Polish indies Red Dot Studios, Car Simulator 2015 is coming out next month. And it’s happening because of crowdfunding.

In Car Mechanic Simulator, you’ll play as a mechanic, and your job will be to buy cars, fix ‘em up, and sell ‘em off. You’ll also repair cars for clients, building your repair service and expanding your business along the way. There are 16 base models of cars for you to tinker with, all manner of tools and even dyno-tuning you can perform.

You can also do visual tuning, fiddling around with the vehicle’s detailing, bumper, lights et al. There’s also a handy-0dandy photo mode that allows you to do before and after looks at your digital vehicles.

Why does it even exist? Apparently Car Mechanic Simulator 2014 sold through 4 million copies – which of course brings up the question of why on earth this sequel needed to be Kickstarted in the first place.