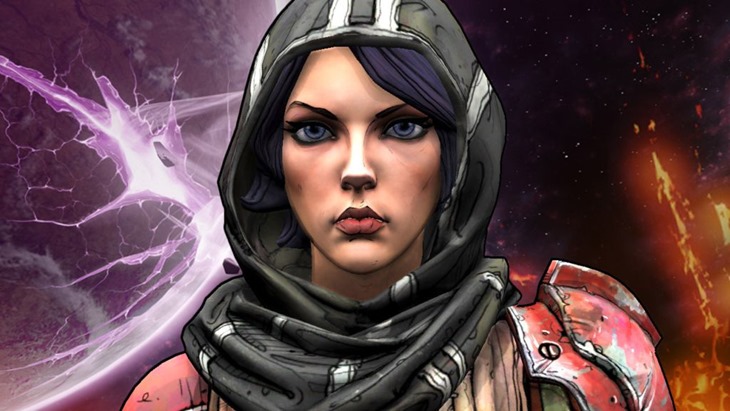 Skills for kills Moon Agent, skills for kills. The real magic behind Borderlands has always been in the light RPG mechanics behind each character. After all, why focus on just shooting when you can tailor your Vault Hunter to be able to shoot ricocheting bullets that stack anarchy and cause elemental havoc? The upcoming Pre-Sequel to Borderlands features four such new additions. Here’s a look at the skill tree of a character who rhymes with Shmaptain Shmamerica.

IGN had the chance to sit down with 2K Australia Gameplay Designer Stephen Mander-Jones and Gearbox writer Anthony Burch for the game. You can watch that video right here, which shows off the abilities of Athena, new moon locations and the Stingray vehicle:

Here’s a look at all those new skills then, from the video, which all start with the Aspis action ability. That allows Athena to pull up a shield, which not only absorbs damage, but doubles it and throws it back at enemies. For Pokémon fans, that means that Athena has the Bide TM attached to the left bumper on your controller.

A close combat tree, Xiphos allows players to upgrades Athena’s melee attack and energy sword. It unlocks her own status effect, which is the bleed effect and then she has all these other skills which work off that, so she might regenerate health while she’s got enemies bleeding, get bonus fire-rate while enemies are bleeding,” Mander-Jones said. Her ultimate skill Blood Rush, allows Athena to spread the bleed all over the battlefield for chained effects across multiple enemies. 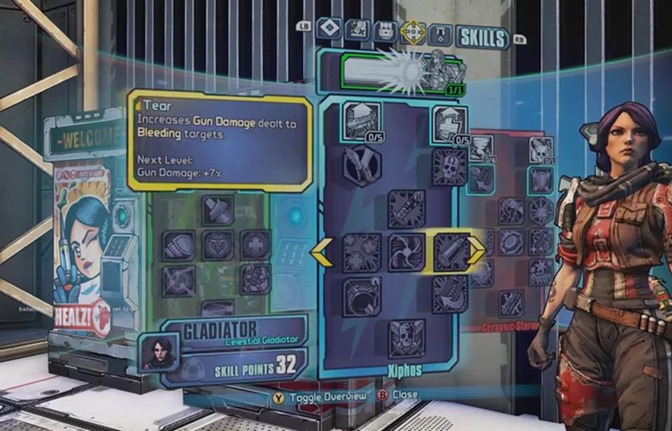 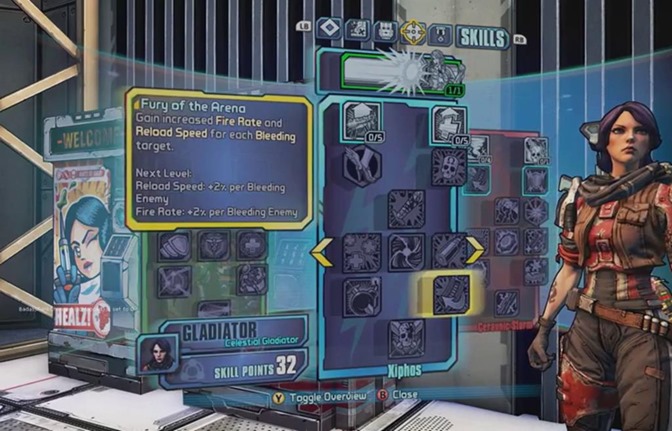 The greenest of skill trees focuses heavily on the Athena’s action skill, allowing her to buff the Aspis shield with increased damage, elemental effect absorption and team-based abilities that can heal teammates and allow you to draw fire. Pretty neat if you’re into co-op then. “This is her tank tree”, Burch said. 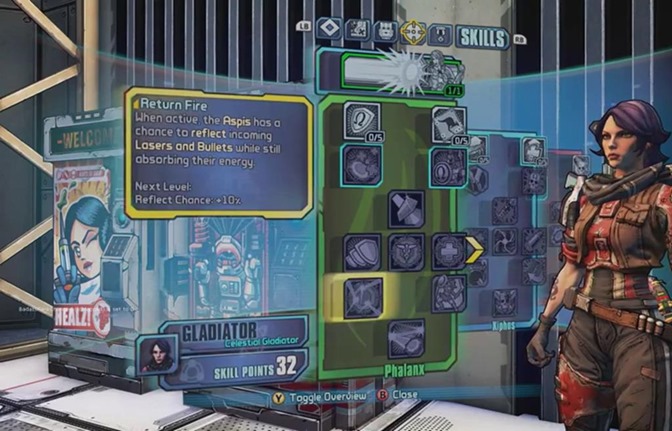 Heavily focused on fire and shock damage, Ceraunic Storm is an elemental tree that uses a stacking mechanic called Maelstrom that increases damage done with those two elements. Other skills tie into the low gravity of the Pandoran moon, and allow Athena to unleash jump attacks with a modified Aspis.

Borderlands: The Pre-Sequel is out in October. Expect the Claptrap skill tree to include buffs that allow the little robot to finally overcome his greatest enemy…stairs.