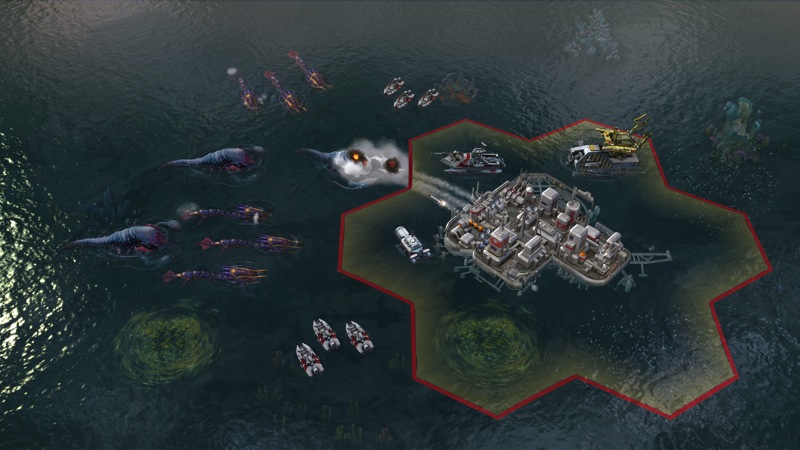 The first time I went to E3, Geoff warned me that most of the event is about flying halfway around the world to watch trailers and other people play demos. Sadly, sometimes he’s really right. I did see a lot of pre-recorded or scripted demos at E3 this year, even behind closed doors, but at least some of them still look really cool – like this one for the new Civilization expansion.

Here is the E3 behind-closed-doors demo for Civilization Beyond Earth – Rising Tide:

There are a few things that stood out for me. New biomes look cool, and apparently they actually add a new function to the game. However, Will Miller couldn’t give me more detail on that when I interviewed him, so I suppose we’ll have to wait for an official announcement. He did, however, stress that diplomacy has been completely overhauled.

Not only does it add a new level of strategy to the game, it also helps to flesh out the various leaders in ways unique to how the player approaches the game. I like that this kind of customization is a part of the game, and hopefully it will help the relationships make a whole lot more sense.

I think this expansion could be adding some interesting elements to the base game. I’m hoping that it also means hours more value in the game – the vanilla Civilization: Beyond Earth was (and is) a lot of fun, but at a certain point it’s far too easy to fall into a predictable approach to the strategy. This should mix things up a bit and I’m curious to see how these new elements actually expand upon the game.

Also, there had better be a whole bunch more achievements – one of my favorite things about Civ games is going achievement hunting for hours on end; it’s one of the reasons I still play Civilization V.