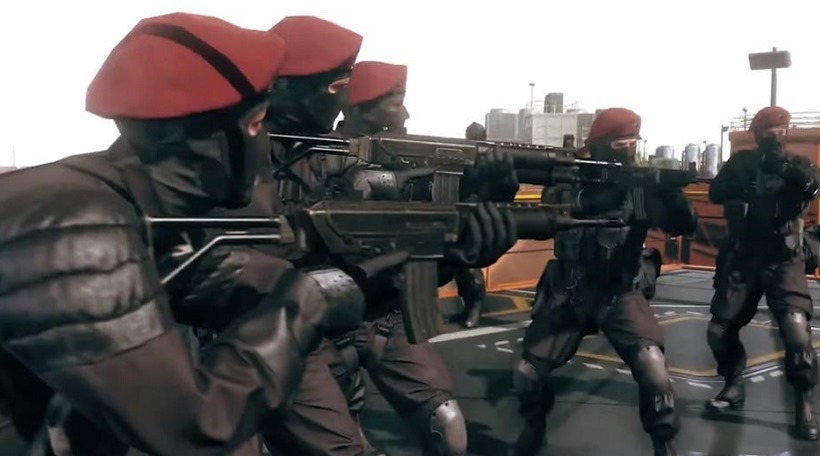 With the arrival of The Phantom Pain just over a month away, Metal Gear Online is getting new life again. I’ve never been a massive fan of the series’ translation over to competitive multiplayer, but it would be silly to deny its popularity. Metal Gear Online is bringing back classes, espionage and wardrobe changes..

In essence, changing gear in Metal Gear Online won’t have an effect on your player statistics. There aren’t tank tops that help you aim better, or pants that reduce the amount of noise you make while crawling (here’s looking at you Splinter Cell). Everything is entirely cosmetic, with different classes able to equip different pieces of clothing for some personal flair.

Thing is, your desire to colour block your cargo pants and skin-tight top might actually have a massive effect on the way you play Metal Gear Online. While it doesn’t mess with the numbers, having your character kitted out in bright colours will probably let other players see you from a mile away. Because nothing stands out more in a barren desert than some fool running around in bright green spandex.

Konami didn’t really go into that much detail regarding the amount of customisation control you’ll have over characters, but some pre-set colour palettes and a vast array of different clothing were brushed over. None of the gear from Metal Gear Solid IV is making the cut though – just in case you thought you’d be able to relive some of those memories.

Metal Gear Solid: The Phantom Pain is out on September 1st, on basically everything but the Wii U.