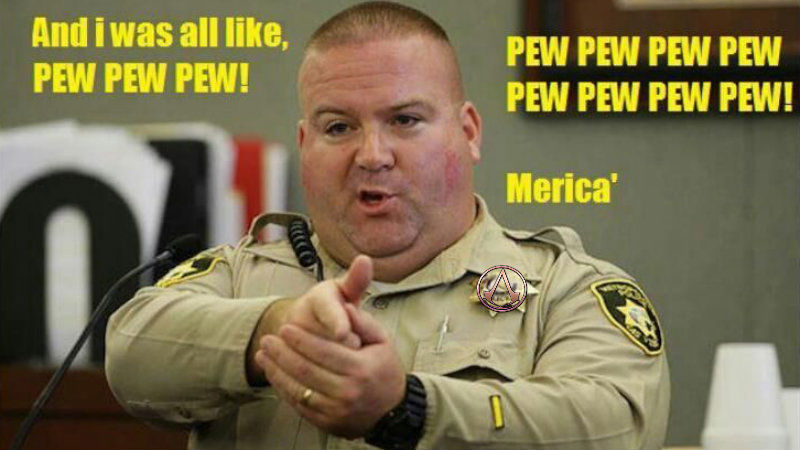 I don’t know why we ever believed that police officers would be pillars of the community. Perhaps because they pledge to defend and serve, or maybe because they’re meant to protect the innocent and enforce the law. We hope that they will be upstanding citizens, but they are also human and upstanding is not always the best word. One cop in Mississippi in the US of A has learned the hard way that even threats online can ruin your career.

A Mississippi sheriff’s deputy was fired after a video leaked online recorded him threatening another person while using racial slurs. The Clarion-Ledger (thanks arstechnica) reports that Jackson Country Sheriff’s Deputy Michael Slater was fired as soon as the sheriff became aware of the video which can be viewed here. Warning, contains graphic language.

Considering the rampant issues with policy brutality and racism in America lately, it’s particularly unfortunate the way Slater’s comments went. He didn’t just act like the usual trash-talking gamer – his threats truly were specific and racist:

You about to come to a fucking paid police officer’s house. I get paid to beat up niggers like you.

He even went on to give his badge number as proof he’s a cop, although that’s been removed from the version of the video posted on YouTube. As unfortunate as the whole situation is, it makes sense for the Sheriff’s office to terminate his employment. As a spokesperson said “We don’t condone that type of behavior or language” and with clamp downs across the board on police in America, no one can be seen to be supporting these actions. Proof yet again – in our current age of insane internet coverage and filming of everything, it’s best not to say or do anything that you wouldn’t feel comfortable getting leaked to the public. Also, really people, just be nice when you play online – is that so much to ask? And now to clear my browser history yet again…

Vampire: The Masquerade – Bloodlines 2 narrative lead Brian Mitsoda has been terminated from the game

Brian Mitsoda, narrative lead on Vampire: The Masquerade – Bloodlines 2, has been future e…