If you’re an avid viewer of Twitch TV you’ll notice when browsing the games page that League of Legends is always at number one. Often during smaller international competitions for Counter-Strike, Dota 2 and other eSports the numbers barely pass the top LoL streamer playing casual games. The obvious assumption is that during a League of Legends final, such as LCS, no eSport would come close. This changed on the weekend as the ESL One Major for CS:GO took the number one spot during the simultaneous finals.

The numbers add up

According to Gamoloco, a website dedicated to monitoring Twitch viewership, a chart was released which showed the amount of people who watched respective games on the weekend. Of course the entire weekend was dominated by both ESL Cologne, and the LCS finals, but there are some interesting factors to note. 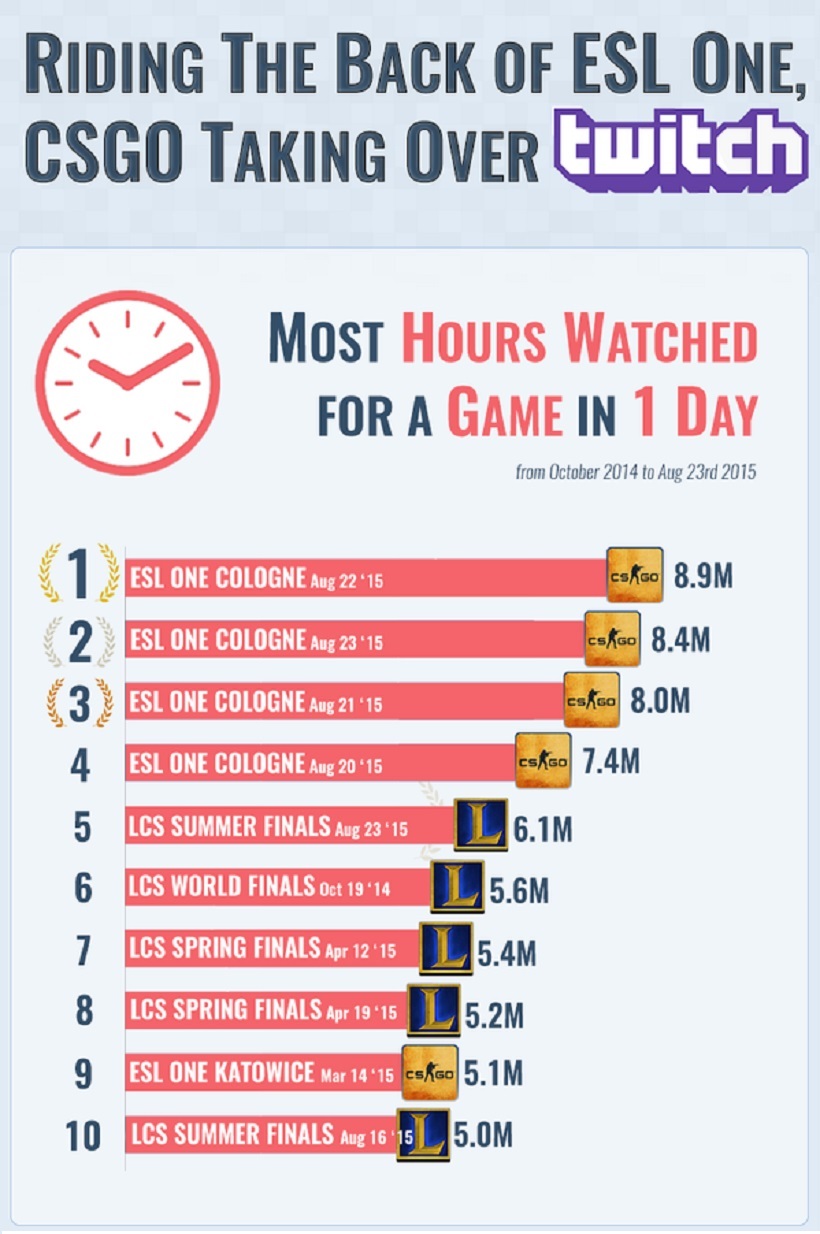 ESL Cologne began on Thursday the 20th with the group stages, which meant that even the group stages yielded higher numbers than the LCS finals on Sunday. At 9th place we see ESL Katowice, which broke similar records for CS:GO viewership, and set the bar for the weekend’s finals. Although these numbers are impressive, there are a few factors to consider.

ESL had way more matches being broadcast throughout the day, as well as their 24 hour continuous stream rebroadcasting the games. This of course brought in a lot more viewers and as the timezones changed more were tuning in and catching up. It’s also important to note the League of Legends is also simulcast to YouTube and other streaming services, as well as live television. However, even though these are just Twitch statistics, it’s still rather impressive to see other eSports rivaling the obvious number one eSport in the world.

As an avid fan of Dota 2 my hate for League of Legends has faded over the years as I began to appreciate all eSports, but good for you Counter-Strike!