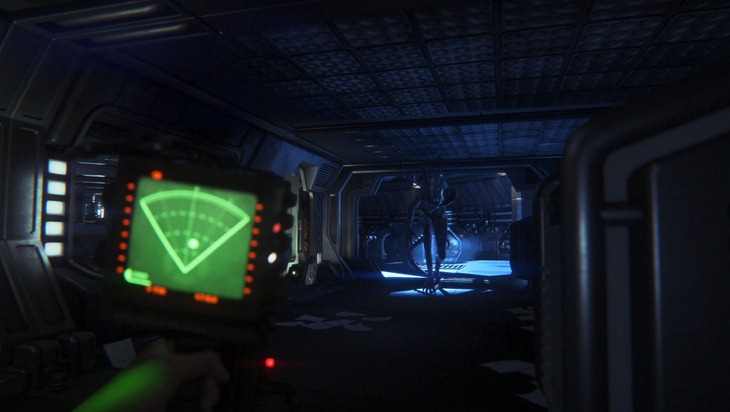 If I had to be stuck in a room with a horror movie icon, I’d gladly take Pinhead, Jason Voorhees, Freddy Krueger or Barney the Dinosaur. Those forces of evil can at least be outsmarted. But the good ol’ Xenomorph, more commonly known as the Alien? That’s the kind of situation that’d make me start shouting GAME OVER MAN! And the creature in Alien: Isolation looks terrifying.

Here’s the latest video for the game, showing off the tense atmosphere and how the penis-headed animal can strike at any time.

“When the audiences went to see Alien in theatres back in 1979, they were introduced to a new creature that was terrifying, unstoppable and totally unique,” Creative Lead Al Hope says in the video. “We wanted to make a game that recaptured that original experience. We wanted to make the Alien scary again”.

“Depending on how cautious players are, we’ve seen encounters in Alien Isolation last well over thirty minutes in some cases,” design lead Gary Napper added.

And this just can’t be done with scripted behaviour. As soon as the player can predict a pattern in the Alien, it stops being scary. It doesn’t follow any prescribed path or set of behaviour that are telling it to do specific things, it’s just reacting to the player’s presence and the choices that the player makes.

Frightening stuff indeed. Alien: Isolation arrives in the final quarter of the year to hug your face off on PlayStation 3, PlayStation 4, PC, Xbox 360 and Xbox One.