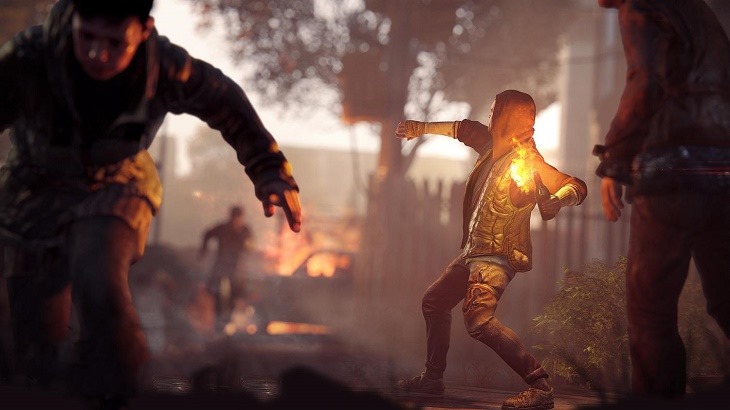 A few weeks ago things were looking bad for Crytek UK, with employees apparently not being paid and several of them leaving the studio. Last week Crytek cleared things up, saying that the studio was in a transitional period. Employees were also reportedly being paid again. Today is a different day though, and things went from bad, skipped worse and just carried on going.

Last night, Crytek announced that they would no longer be developing Homefront: The Revolution. The game was a surprise announcement a few months ago, under development over at Crytek UK. A few weeks ago it was reported that the game’s director had left the studio. Deep Silver is now the owner of the Homefront IP after purchasing it from Crytek.

As a result, Crytek UK is officially no more. The studio has been repurposed as Deep Silver Dambuster Studios, who will continue working on Homefront. A Crytek press release confirmed the news earlier.

Firstly, Crytek has been in extensive discussions with leading producer and distributor of digital entertainment products, Koch Media, regarding the acquisition of rights for the “Homefront” IP. On completion of the proposed acquisition, the Homefront team from Crytek’s Nottingham studio would transfer their talents to Koch Media in compliance with English law and continue their hard work on upcoming shooter, “Homefront: The Revolution”. Both parties hope to finalize and implement a deal soon.

The world wasn’t ready to call it a day on Crytek either. Shortly after it was looking like Crytek Austin would be following suit, with the company announcing major layoffs at the studio. The studio’s only title, Hunt: Horrors of the Guilded Age, was transferred to a Crytek studio in Frankfurt as a result, leading many to believe that the studio was merely just there in name now. Turns out Crytek wasn’t telling the whole truth.

Shortly after the news broke reports started coming in claiming that senior staff at Crytek Austin had already quit last week. The reason? Well, seems like they weren’t getting paid either. In fact, most of the studio had already left and even found new jobs by the time Crytek decided to announce their layoffs. Not sounding like it was their decision after all. One former employee at Crytek USA had this to say about the departing staff:

Everyone at that studio was incredibly talented, and they got scooped up quickly by studios that actually pay their employees.

Ouch. All of these problems stem from the fact that Crytek was unable to pay their employees. Apparently the company was expecting a cash injection on June 20th, informing employees that they would be paid their missing paychecks once that cleared. June 20th came and went, and employees were still not getting paid. It’s unsurprising that many decided to jump ship at that point.

So what does this mean for the future of Crytek? It’s not clear cut at this stage. Crytek is telling everyone that they’re shifting their focus, but this looks a lot more troublesome than that.