In what can only be described as CS:GO’s Brangelina break, casting duo Auguste “Semmler” Massonnat and Anders Blume will not be casting professional CS:GO together for an undetermined period of time. The two have become well-known as one of the top casting duos in the industry, but as of late have been casting less and less as a pair. They’re taking a “professional break” which isn’t the worst thing in the world, but there’s a rational fear that they may not ever rejoin forces.

During a YouTube podcast with theScore, Semmler confirmed that Anders will be casting with Jason “Moses” O’toole while he peruses other options. He’s essentially a free-agent in the casting world, an exciting prospect for tournament hosts as Semmler himself pointed out. 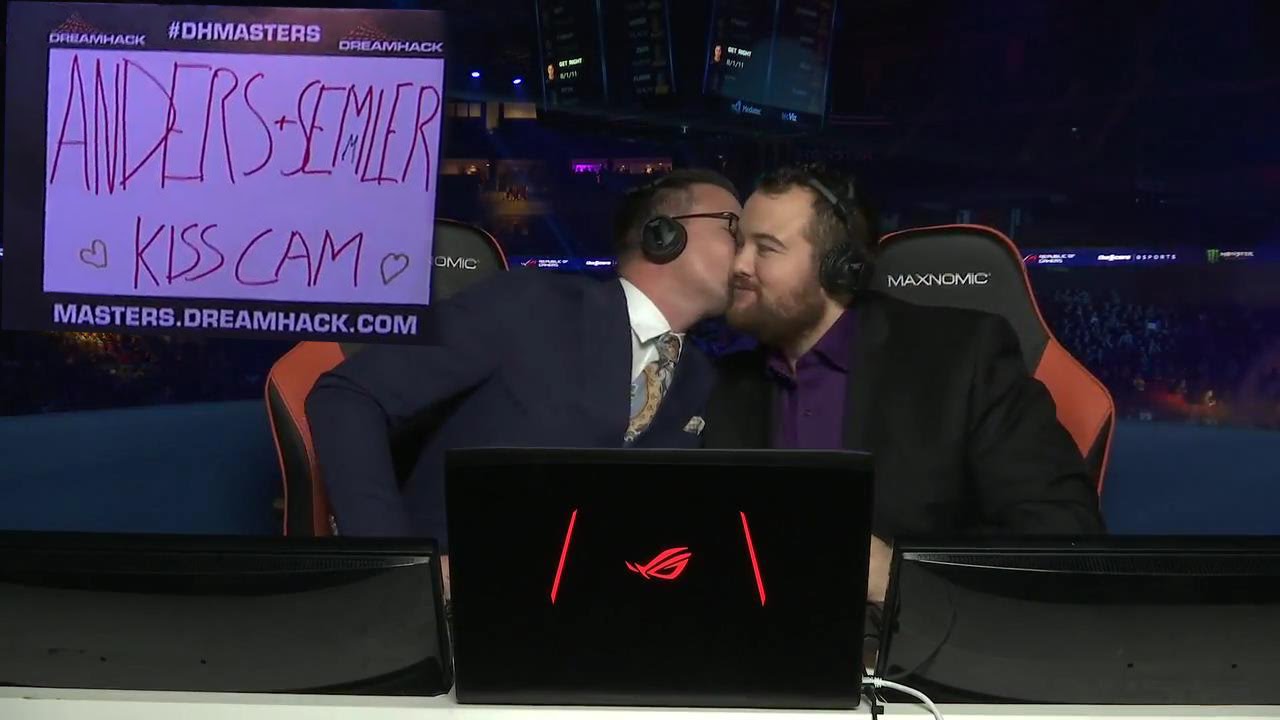 Questions were raised when Semmler missed out on this past weekend’s DreamHack Masters Malmö CS:GO event and we got to see a taste of Anders and Moses. Semmler kept busy on his side wit a number of casts with Duncan “Thorin” Shileds and former Fnatic coach Viktor “Vuggo” Jendeby in their own few shows on a platform called Znipe. The reality is that Anders and Semmler have been together for almost four years, and the break-up, if permanent, will have a last effect on the casting industry. On the plus side, we will get to see two new casting pairs, but we won’t be seeing the two together for quite some time which, for lack of a better word, sucks.