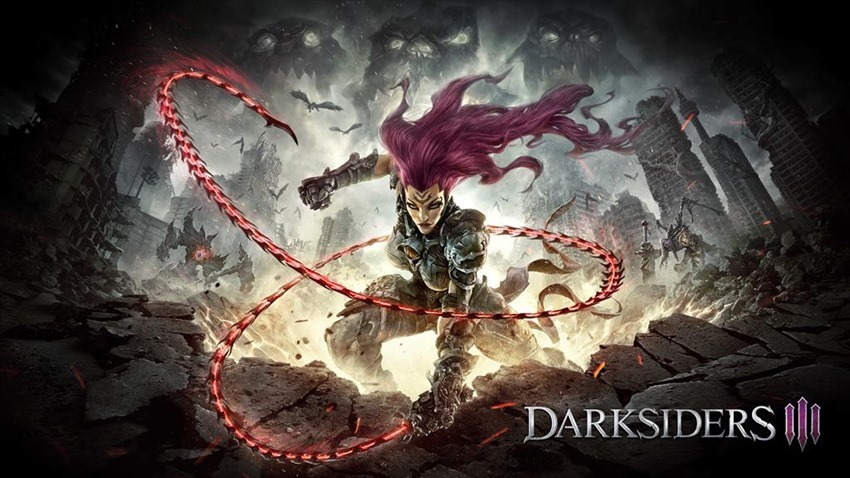 Darksiders may have lifted plenty of inspiration from The Legend of Zelda when it came to crafting a world that had been given an Apocalyptic Tombstone Piledriver, but when it came to combat the first two games were in a league of their own. War was a tank who could blitzkrieg through opponents, while Death was a more agile and surgical collection of mystical weapons when he faced entire armies on the battlefield.

So what of Fury then? What makes this Horseman of the Apocalypse stand out? According to THQ Nordic’s executive producer Reinhard Pollice on the PS Blog, Fury isn’t just a one-woman army, but rather a more focused brawler whose style of combat leans towards giving players battles that feel more sophisticated in their construction: 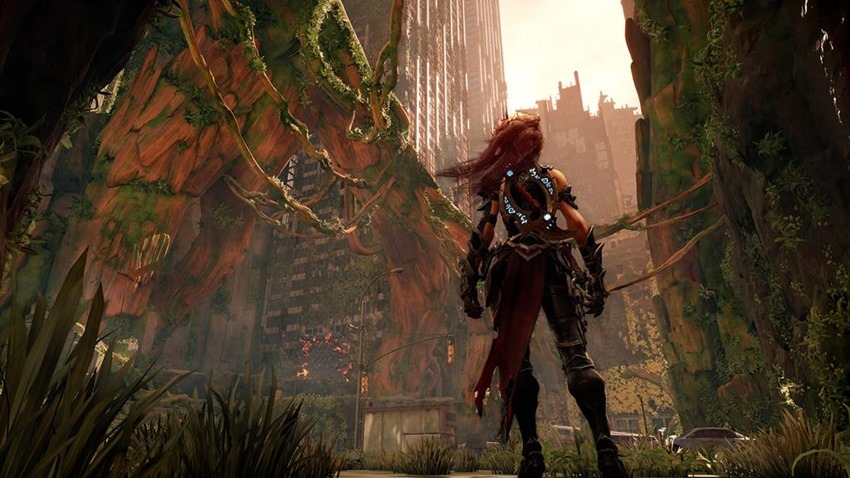 Darksiders III represents a giant leap forward for the franchise in terms of character progression. Like War and Death, our central character Fury, the third Horseman of the Apocalypse, is a force in battle! Her primary weapon of choice: a powerful whip comprised of 347 blades! Unlike her brothers, Fury is a mage, her weapon progression tied to actual changes in her physical form. For example, in Force Fury form, she has a new weapon – The Hammer – and her new traversal move is in ball form. Force Fury is one of the four different forms Fury will unlock as the story progresses.

The result of these various sets of forms, weaponry, traversals and powers is more tactical combat. Players can look forward to more meaningful battles and fewer mass battles. Fury will endure major boss fights with formidable opponents including each of the Seven Deadly Sins. Each Sin boasts his own style and presents unique challenges in battle. Sloth, for instance, commands an army of monsters while he leisurely lobs globules of poison.

Another important gameplay difference in terms of player progression is that gameplay in Darksiders III is non-linear. Players can decide which bosses to take on at various points in the story.

From what I’ve seen so far, Darksiders III looks like it has plenty of Dark Souls and Bloodborne elements to its combat, encouraging players to be bold and quick on the initiative. Ordinarily I’d hate that, but considering how Darksiders III doesn’t have an overwhelmingly oppressive gothic atmosphere framed around its action, I’m actually keen on giving it a bash come November 27. Whip it! Whip it real good.