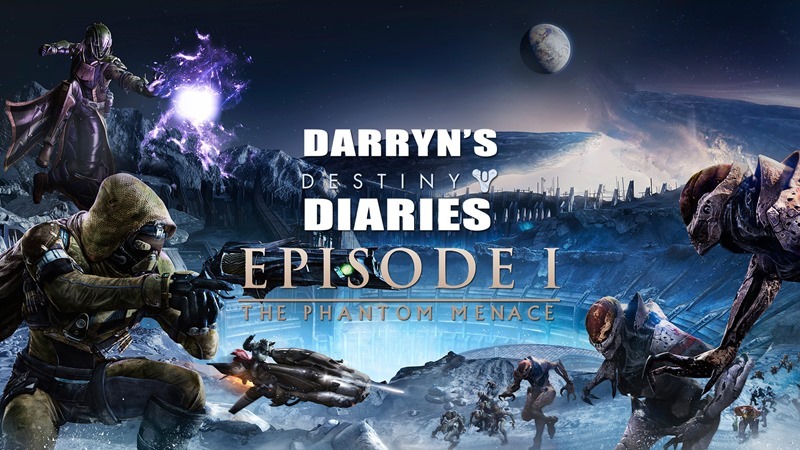 Destiny is by all means, not a perfect game. As Geoff still succinctly put it last year, Destiny is “a confused game that doesn’t quite know what it wants to be”. And he’s quite right. There’s a heavy grind at play here, the narrative is rubbish and the Cryptarch is indeed a bastard. And yet, the game has an audience. Despite these imperfections, Destiny still commands a particularly loyal fanbase. And I want in on that. So I’m jumping into Bungie’s massive legacy-building project.

With a series of video diaries of course! I’ve accomplished quite a bit in the game so far. My Titan has awesome boots (LOOK AT MAH BOOTIES), and I’m rather satisfied with the fact that my main character looks like Ultron. I’m edging on level 12 right now, as I’m itching to try out the new uncommon hand cannon I acquired in a massive boss fight and introduce it to the Fallen, giving them crimson face ejaculations in the process.

And to get that done right, I want to keep a visual diary of my progress. Here’s the first one, hot off the presses:

And really, I want to chart the waters here. I’m digging the game so far, despite the imperfections. After all, every single game ever made is a series of repetitive actions repeated ad nauseum. I just enjoy the actions in Destiny, in particular. And in a world of Warcrafts, annual sports games and endless simulators, there’s a place for Destiny.

That, and I really dig being Space-Dirty Harry.