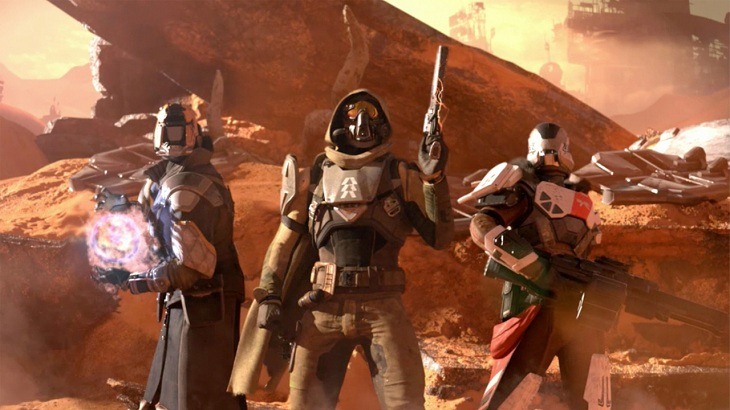 It may be a hundred days until E3, but when the Wrestlemania of gaming is over, it’s only a hundred days until Destiny finally arrives. Give or take, my maths might be terrible on this. As usual, the game has plenty of pre-order bonuses to wave in front of players. And it’s also going to have plenty of cards that might bestow further bonuses when redeemed. Come get some.

Thanks to MP1st for the codes, which all unlock…something. It’s most likely some kind of in-game content, so go create a Destiny code and input these on the redemption page. I’ve tested them out, and they all work. Here they are:

Destiny is out later this year, with the space pew-pews arriving on Xbox 360, Xbox One, PlayStation 3 and PlayStation 4. The beta should be kicking off later this year as well before the game arrives. In case you still don’t of this game, imagine Borderlands getting busy with Halo on a hot summer night, some ribbed next-gen visuals being thrown into the mix and the nine month wait yielding this new-born franchise.

It’s the next big franchise for Bungie and Activision, and it’s touting plenty of social options. Plus cloud-based gaming. The cloud!