Home Gaming Destiny – Where to find all those gold chests 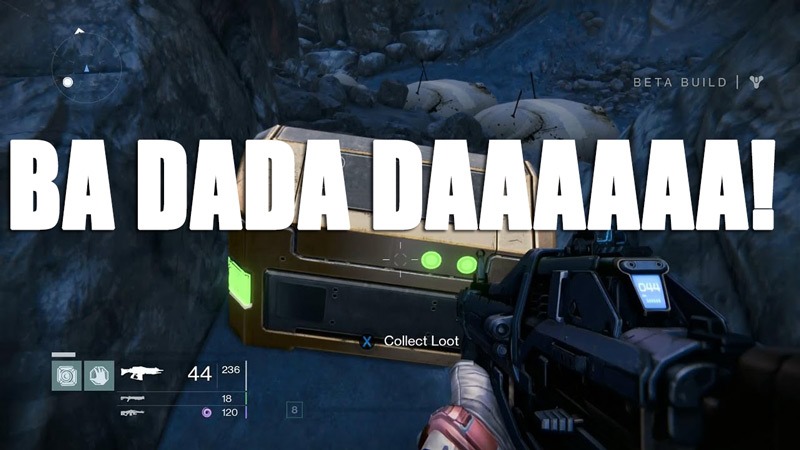 Destiny is about a lot of things. Like being social, exploring the legends of Earth and crafting your own one in the vast cosmos around you. It’s also about owning the biggest, baddest and best guns in the solar system. The third rock from the sun has plenty of guns, but from the cold dark depths of Mars to the gaseous and unrelenting pressurised surface of another planet (No, not him), there are more to be found. And here’s where you can grab them.

IGN has all the videos. Pick a planet, and grab some loot:

Of course, it’s always more fun to find such loot for yourself, but then again, who has time for that? Geoff took on a Raid mission two days ago, and we’ve yet to hear back from him as it is. Destiny is out right now. And you’ll have to pry my cool pyro-bullet fed sub-machine gun from my cold, dead hands before I let you have it.

So, what’s your favourite bit of ordnance that you’ve unlocked so far in Destiny? I miss my Sniper rifle from the beta to be honest, which had cryo-rounds for ammunition, did an extra 400% damage with the last shot and hada  scope with enough zoom to see the cells in your body. Good times man, good times…