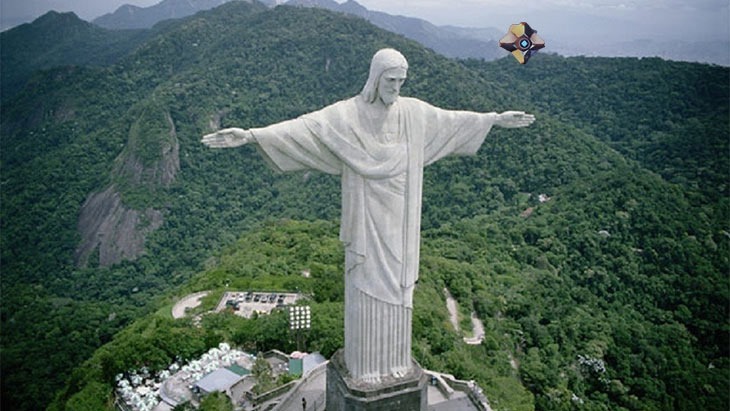 Destiny is coming soon to the PlayStation 3, PlayStation 4, Xbox 360 and Xbox One. It’s available to purchase right now on the PlayStation Network, and you’ll even be able to preload the game so that you can start playing the digital copy as soon as it hits midnight. Hopefully Sony lets you preload pretty early, because Destiny, like most games this generation, is pretty big.

According to the latest digital listing (via Reddit) for the game on the PlayStation Store, Destiny will swallow up 40Gbs of your PlayStation 4’s hard drive. That might not seem like too much, all considering, but it’s about 10% of the available space on a fresh console.

40 GB hard drive storage (or its equivalent) is required. Additional storage may be required for some updates and features. Storage requirements subject to change.\

It also means that those of you who’re getting the digital version will need to ensure you have a bunch of available bandwidth to download the thing. Using the magic of completely guessing, I reckon the download itself will clock in at about 12GB, with everything compressed.

The versions available for the older consoles will likely be quite a bit smaller, as their textures and assets won’t compare to the newer versions. Expect the game to come on at least two discs for the Xbox 360, and a single Blu-ray for the PS3. Those of you with the smaller 4GB Xbox 360 or the 12GB PlayStation 3 might need to acquire a little more storage space to be able to play.

The PC version of Destiny clocks in at 0GB, because Activision doesn’t want your money…. right now. Destiny is coming on September 9.

The game’s beta kicks off next week for PlayStation users, with Xbox owners stuck for an extra week wondering what the fuss is about.