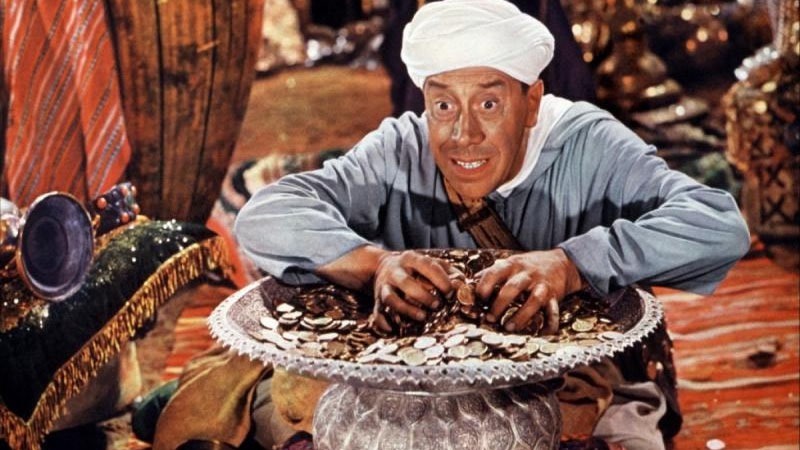 We told you previously about Destiny’s wondrous loot cave; a simple exploit of perpetually respawning enemies that allowed higher level players to farm for decoherent engrams on Earth’s Old Russia. It was a great way to take a bit of the grind out of Destiny’s post-game slog for better gear. It’s now closed. Yes, Destiny’s infamous – even iconic – loot cave is no more.

In a new hotfix that’s already live, you’ll find that the loot cave has been axed. Here’s what Bungie had to say about the Loot cave.

Destiny: The Cave
The social experience of a cave farming run is amazing: the herding to get a team of Guardians all behind the line and firing in the right direction, the rush to grab the loot, the scramble when the panic wave starts, the beckoning glow from inside the cave. The speed at which the community organized around this activity was inspiring and humbling to us.

But shooting at a black hole for hours on end isn’t our dream for how Destiny is played. Our hope is that social engagement in public spaces is only one part of the Destiny experience. Expect changes soon which decrease the efficiency of cave farming and correspondingly increase engram drops from completing activities.

I’m okay with that. There are other ways of farming for loot that while not nearly as bountiful, are a little more fun to actually do. I abused the loot cave exactly once, mostly to see how fruitful it would be. I spent about an hour shooting away at the cave’s perpetual spawn, and got just a handful of blue engrams for my trouble.

Here’s a list of the other changes that have happened with the new hotfix, along with a couple of other things Bungie plans to address soon.

He Who Shall Not Be Named
Long ago during development, the Cryptarch decoded engrams of a given color into gear of that same color. Early in 2014 we added randomness, both for better and worse, to the decrypting process. The result was that end-of-session engram decoding got a lot more exciting and the Cryptarch himself suddenly acquired a personality. Both of these experiences were positive additions to the game.

But we didn’t adequately communicate the potential random outcomes of decryption. Players see what looks like the familiar metaphor of item identification, while the Cryptarch thinks he’s opening a grab bag of loot. Rage sharding of blues ensues. Expect to see changes to address this soon.

Reward Celebration
Growing more powerful by acquiring new upgrades, gear or progression is central to Destiny’s player experience. Our goal is to always celebrate when this occurs, both as a reward in and of itself and to communicate to players what is going on.

During development we sometimes prioritized making a system functional over celebrating its rewards, for example:
The Vault of Glass contains highly coveted loot but the actual moment of reward happens without fanfare and can be easily missed.
The lowest level of the Daily Heroic gives great XP and Reputation rewards, but neither of these progressions appears on the postgame screen.

We will slowly be addressing these and other issues going forward.

Voice Communication
Our vision for Destiny is that all players, even matchmade players in the Crucible, Strikes, the Tower or public spaces, be able to communicate with one another in a way that promotes positive socialization. Voice communication is the easy answer, but existing voice paradigms, including those in our own Halo games, have not done enough to protect players from abusive griefing from a minority of players.

Destiny’s near-term solution will be to allow players to opt-in to voice communication during matchmade activities. Work on this feature was underway at launch and should be rolled out this year in Strikes and the Crucible.

Strikes
Strikes are intended to be a fun, combat-filled romp and stomp with a big boss and cool rewards at the end. Better with cooperation, but doable in a pick up group.

Since launch we’ve tracked down an issue which has made Strikes more challenging than originally designed by both increasing damage taken by players and decreasing the damage inflicted by players on the boss. Expect to see this addressed soon, and for Strikes to become a little less grindy as a result (sorry, Raiders – incoming damage is working as intended in the Vault of Glass).

Balance
Our goal when balancing Destiny is to never have one player choice– for example a choice of class or weapon– either be so much better than the alternatives that it is the only valid choice or to be so much worse that it would always be a mistake to choose. When we are successful with this kind of balance the result is a wide set of equally compelling player builds, some of which may be preferred by one player or another but none of which is an absolute right or wrong choice.

Exotic Weapons
Exotic Weapons are designed to look, feel and sound overpowered, but to not actually break the game. We hope these weapons challenge the way players think about their loadouts and expect their idiosyncrasies to sometimes be a little frustrating. We find ourselves wanting to collect them all and hope players feel the same way.

Not all our Exotic Weapons currently live up to this promise. In particular those weapons received from completing exotic bounties including Thorn and Bad Juju have disappointed many of us who have gone through the great effort to obtain them because, despite looking and sounding amazing, they feel underpowered. We’re here to offer some advice: don’t shard those guns. Their time will come.

Auto Rifles
The Auto Rifle archetype is designed to appeal to players who like to throw up a wall of bullets and not worry if a few miss their target. It is intended to inflict sustained damage at close to medium range, but to lose effectiveness at longer ranges.

Today the Auto Rifle is too effective at long range, even beating Scout and Pulse Rifles in some circumstances. Expect stability and/or damage adjustments to the Auto Rifle to address this in the weeks ahead.

Scout Rifles
Scout Rifles are for players who like to keep their enemies at medium range and hate to miss. They are intended to be an awkward weapon to use at close range but to be dominant– as long as you land your shots– at medium and longer ranges.

Shotguns
Shotguns are for those situations where you need to deliver a massive spike of damage, right now, to the thing standing next to you about to do you harm.

Today shotguns are effective beyond their intended range, especially when upgraded with that intention. Expect changes soon to address shotguns which push the envelope of what it means to be close quarters.

Did you raid the loot cave? Get anything decent? Are you even still playing Destiny, or has the grind made your interest in the shooter wane?