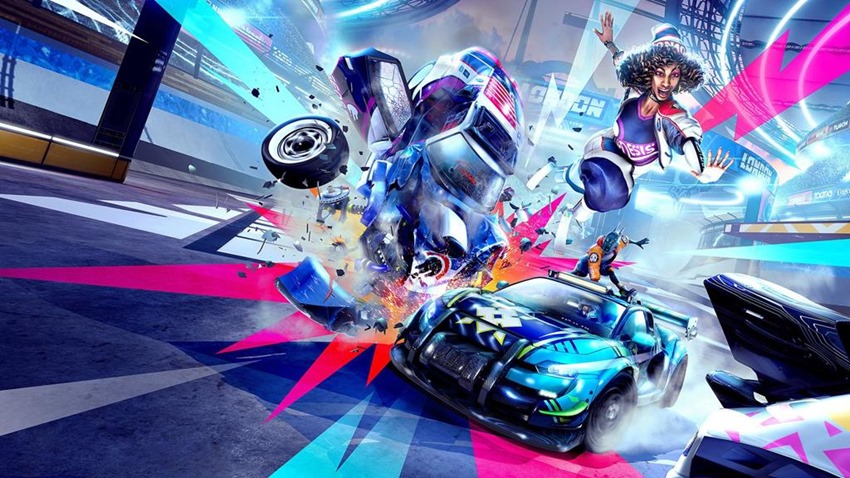 Destruction AllStars is out this month, and the PS5 exclusive happens to feature a number of gameplay ideas that appeal to me. Particularly the idea of “car go vroom” and then crashing that vehicle into some unlucky player on the track. Sprinkle in some third-person action in the multiplayer melee, and it looks like a good time will be had by all.

It’s also technically a freebie. As part of the February PS Plus offerings, there’s likely going to be a lot of attention thrown at Destruction AllStars in its first few weeks on the service, similar to how Fall Guys earned plenty of eyeballs when it first popped up a few months ago. Can Destruction AllStars maintain a grip on the flood of players that’ll drop into its servers? Maybe!

But there is a solid gameplan in mind, and it involves having at least a year’s worth of support that will keep gamers focused and invested in the title. Sony xDev’s John McLaughlin spoke to Eurogamer about the ambitious plans for the game, and how the latest PS5 exclusive will operate once it launches.

The first couple of months is basically letting people play the game, get into the game, of course we’re gonna look at the analytics and look at what people are playing. While we’ve got a plan for the forthcoming year, we’ve got loads of cool stuff coming, we do want to engage with that community, we want to listen to what they’re saying.

It’s important for life services to be able to pivot, you know, and listen to what people are saying.

Besides having the best social media account in video games, Fall Guys genuinely did listen to its fanbase and responded to player feedback with updates and actual tweaks to its entire game structure. That’s not a bad approach for Destruction AllStars to emulate, whose primary pedal to the metal appeal is its roster of drivers, cars, and the various special abilities that the two units share when combined.

If future updates add new drivers, vehicles, and deadly arenas to race around in, while also listening to what fans have to suggest about improving the game, well that sounds like a good time waiting to be had by me. Developer Lucid Games’ will rev its engine up, when Destruction AllStars arrives this week. And yes, writing “AllStars” without a hyphen makes me want to curl up into a ball and roll off a cliff.