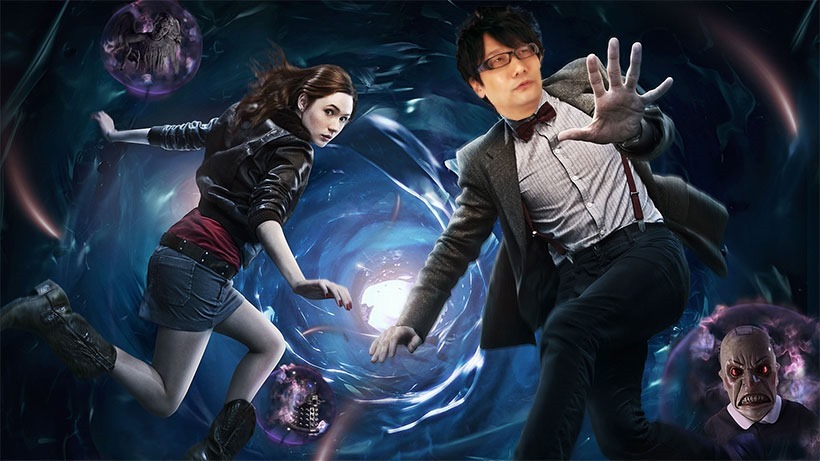 Four months ago, the news that Metal Gear creator Hideo Kojima and the company he’d worked with for over thirty years, Konami, were engaged in an apparently acrimonious split was decidedly shocking, upsetting stuff. We have no idea whatever it was that created the rift that caused Kojima Productions to be torn asunder, but the suddenness of it all is what left many fans reeling.

The recent scrubbing of Kojima’s name from just about everything relating to Metal Gear Solid V was a final kick in the teeth. But what if it wasn’t quite as surprising to those in the inside?

Indeed, a months-old video has resurfaced (via Gamesradar) that seems to be a portent the removal of Kojima’s name from Metal Gear Solid. It shows one of the superfluous missions found in the more than two hours-long Metal Gear Solid Ground Zeroes that actually has you removing the titles of Kojima’s Metal Gear games from the world, using some special weapon. Only the Kojima ones.

Finishing the mission – after essentially wiping Kojima’s existence from the game – would net a message from Kojima himself, saying “Thank you for all your support.”

It’s ostensibly a presage of some sort; Kojima warning fans of what was to come. For the tinfoil-hatted, it could re-ignite speculation that the split is little more than a ruse – an elaborate publicity stunt. I rather doubt that, though I could believe Kojima knew to expect the estrangement. Take a look. It may, of course, be pure coincidence, but it all seems a little too on the nose. The other option? Kojima’s a time lord.