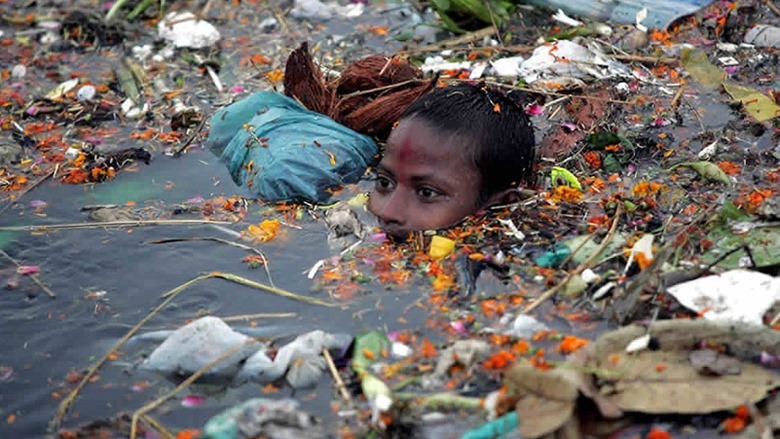 Yesterday Geoff told you about how buying games makes you happy. I have to agree with it, because there are few things in this world that beat the feeling of ripping off the plastic on a new game cover. But while buying new games is great for us, it’s hell for another. This big blue and green piece of rock that we live on? Yeah, it’s him.

I’ve never really stopped to think about the environmental impact videogames production has on the planet, probably because nearly everything I do during a day is killing the earth in some manner. One aspect I have thought about though is how the rise of downloadable title has probably had a positive impact on the videogame carbon footprint, although it seems I’ve been completely wrong about that too. That’s what a recent study by The Journal of Ecology (via Kotaku) has found at least.

It all comes down to measuring the impact of printing discs and distribution against the power consumption and server hosting of downloadable title. The latter is apparently a lot more harmful to the planet right notw with downloadable titlesbecoming more and more popular.

“Overall, the results indicate that the hypothesis—that downloading data will be more carbon efficient than distribution by disk—is not likely to have been correct in the case for PS3 console games sold within the EU since 2010 (except for games downloaded of less than 1.3 GB). Similar results can be expected for larger-than-average files in the United States, although by a smaller margin because carbon impacts of production and distribution of optical discs are estimated to be almost 3 times more than in the case of PS3 BDs within the EU.”

Now that last line is really important because it shows just how speculative this entire study is. There are clearly numbers to back up the findings here, but it’s clear that not every conceivable scenario has been thought out. What if I choose to ride a bicycle to my nearest store to pick up a game? Or what if buying a game isn’t the only reason I’m burning petrol to get to the mall? That surely tips the scales somewhere.

“games of 5.40 to 19 GB purchased as the sole item during a shopping trip would have carbon emissions in the same range as that for a download”

Oh well that definitely makes a little more sense. It’s also important to note that the study took place way back in 2010 (the year I finished school, just to piss Geoff off) and since then the way internet is managed has changed drastically. The study tries to take this into account, but it just invalidates their findings even further. I’m certain there’s some truth to all of this, but it’s not as clear cut as this journal wants you to believe.

So next time Valve hosts a Steam sale, you don’t have to worry too much I think. You’re accelerating the death of the planet marginally, but what doesn’t nowadays?

Nature is healing, PS5 controllers are being spotted in the wild

Now that the PlayStation 5 is tantalisingly close to being released, stores are getting re…