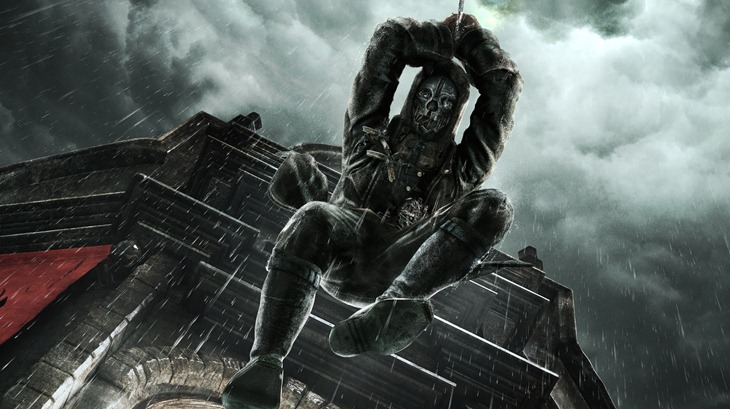 I can’t see Dishonored not getting a sequel. The game was well received, Bethesda saw the chance to craft a new money-making universe and there’s a bunch of disappointed Thief gamers right now who would embrace it with open arms. Is it coming? Well here’s some more evidence to lend credence to the first rumour.

VG247 got sent the following image, which they claim is a press fact sheet for the game when it debuts at E3 this year. According to the image, Dishonored 2: Darkness of Tyvia has: 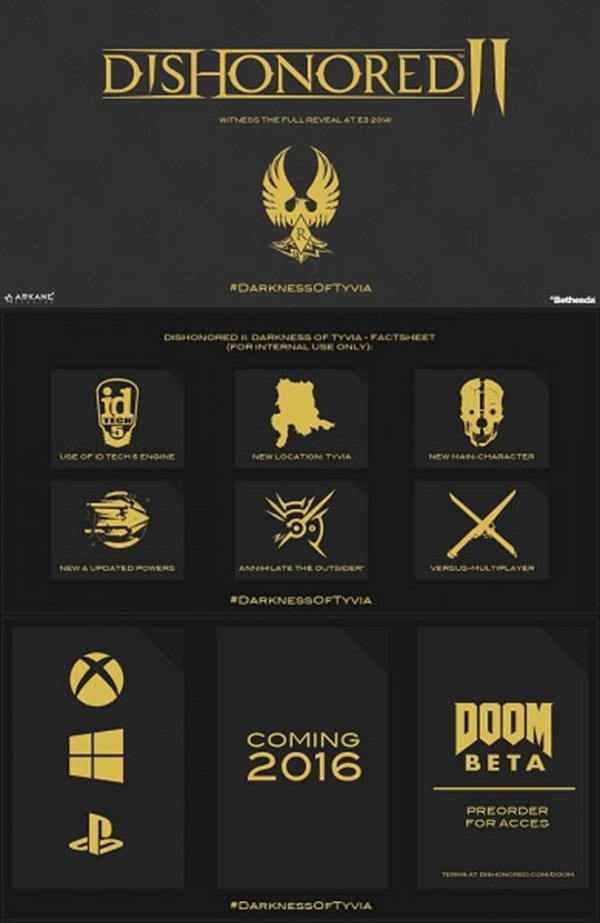 It looks pretty legit so far, although that 2016 release date is going to be one hell of a wait for fans. According to the VG247 source, the spelling mistake spotted in the Wolfenstein area of the document is due to this one being an early draft, with a corrected version available soon.

At one time, the website listed on the document would take people to a Dishonored page, but it has since been removed from online existence. Bethesda has yet to comment on all these Dishonored 2 rumours. ID Tech 5 has me intrigued however, so expect this to be a PlayStation 4 and Xbox One title when it launches next to the PC platform.

The first Dishonored had a massive amount of style to go with its grand ideas, and I’d love to see that visual flare revived for the sequel. And more Doom beta access? Sounds legit enough to me.