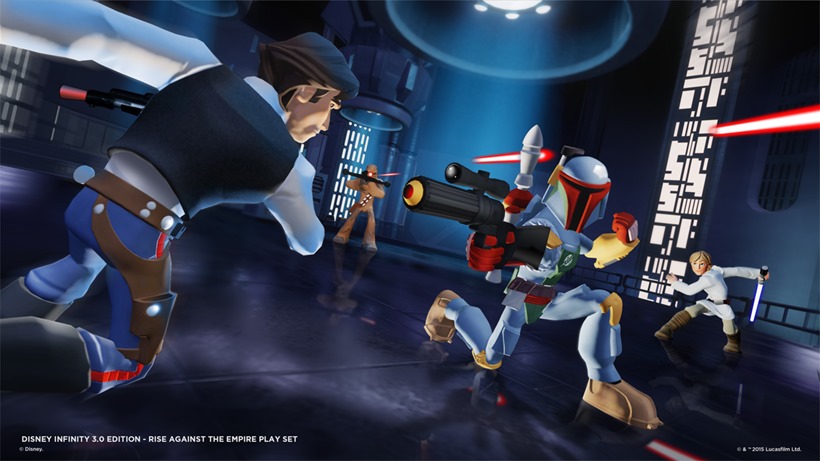 Lord Sandy! I have sensed a great disturbance in the Force. The offspring of Disney Infinity lives! Yessir, it’s that time of the year again. Specifically that time where gamers are given a month to catch their breath, before a ton of new games arrive.

And of course I’m looking forward to Disney Infinity. Hell, I’ve even got a special wobbly shelf on my wall, cleared and ready for the incoming wave of Star Wars figures that will headline the toybox this year.

August 30 will see the likes of Boba Fett, Anakin Skywalker, Ahsoka Tano and more Star Wars denizens hop on over to console.

This year, there’ll also be a digital upgrade version of Disney Infinity 3.0 for anyone who happens to already have the 2.0 Marvel Superhero version and it’s Infinity platform, as well as the chance to purchase the starter kit figures as standalone Jedi in the Twilight Of The Republic playset.

For the Sith lords out there who aren’t keen on playing with Jedi and rogue scoundrels (I bet you use Force Lightning to torture pigeons oh… wait I’m looking in the mirror again), there’ll also be an Inside Out playset that features Joy, Sadness, Disgust, Anger and Fear.

Also known as the five stages of watching your rugby team lose a match. HEYO! That’s the playset that I’d get for younger fans of Infinity, as the Inside Out kit includes a ton of inspired mini-games that the young ones will latch on to. And keep them away from my precious Star Wars figures. 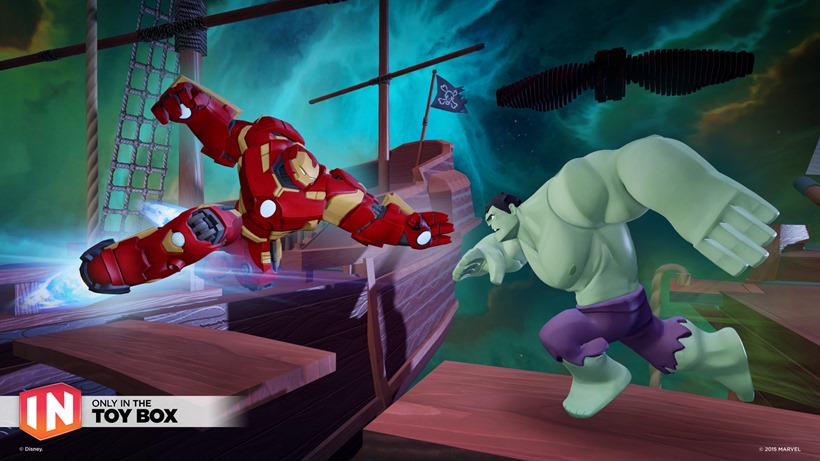 There’ll also be a few Disney originals on launch, such as Mickey Mouse, Minnie Mouse, Mulan, Olaf and a new physical release of Tron: The Franchise Is Dead characters Sam and Quorra.

Don’t forget, there’ll be plenty of power discs again this year. But at least this time, they won’t be sold in blind packaging packs. You might want to prepare yourself this year then.

If you work out the base price of the starter pack at R899, chuck in an adventure pack at R361 and the 23 announced characters at R189 each, that’ll come to a grand total of R5607. It gets a bit more expensive if you buy a hundred Star Wars Rebels Sabine figures, but it’ll be WORTH IT.

Well, there goes my cosplay budget for making a Robocop costume. Better scrounge up some cardboard and make a Hobocop suit instead.