Though I didn’t play it myself, I heard a ton of positive stuff regarding Divinity: Original Sin, from friends and random people alike following its release last year. The game provided a solid, challenging RPG experience, one that everybody seemed to love. The very same title is getting a complete overhaul – an enhanced edition, coming to PC (available free to those who already own the original), as well as console for the first time. At Gamescom, I got to see some of these new game additions in action.

The person to walk me through the demonstration was none other than Swen Vincke, the founder, creative director, and CEO of Larian Studios – the development studio behind Divinity. This experience was surreal for the simple fact that Vincke is essentially the big boss of the company, yet, there he was at Gamescom, at the booth, showcasing his game to countless journalists over the week. 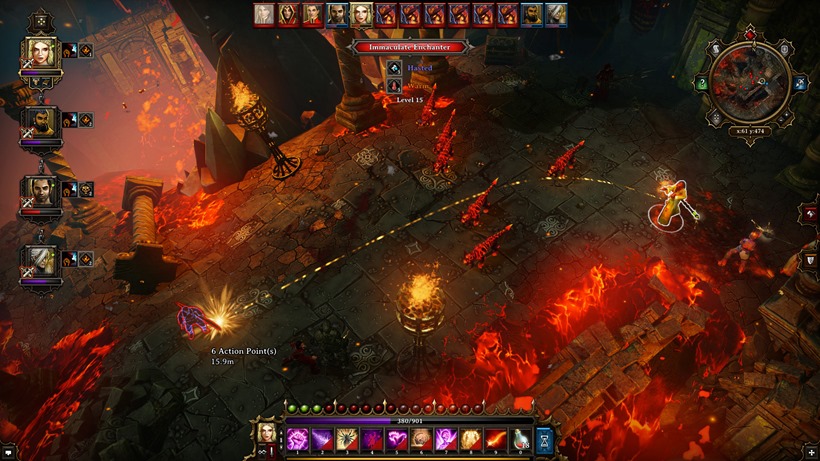 Anyways, the demonstration kicked things off lightly, with Vincke showing us some elemental interactions – a lot of them as a matter of fact, all within the space of a minute or so. He is using Scarlett, a battle mage. He gets her to throw fire at a poison surface (creating a reaction), then casts an oil spell to connect the fire with another nearby poison surface. Then, a rain spell is cast, putting the fire out. Lastly, Vinke zaps the newly formed puddle of water, electrifying it.

All of this may seem redundant, but Vinke’s goal obviously, was to show us how elements can be combined together to create strategic advantages. Zapping water an enemy is standing in at the moment for example, will stun them.

This is nothing new to the game. For people like me who know next to nothing about Divinity however, it’s a neat way to illustrate how elements alone can influence combat. Vincke kicked off the demonstration like this simply so we can understand some of the combat that happened later, where he controlled 4 party members in combat. 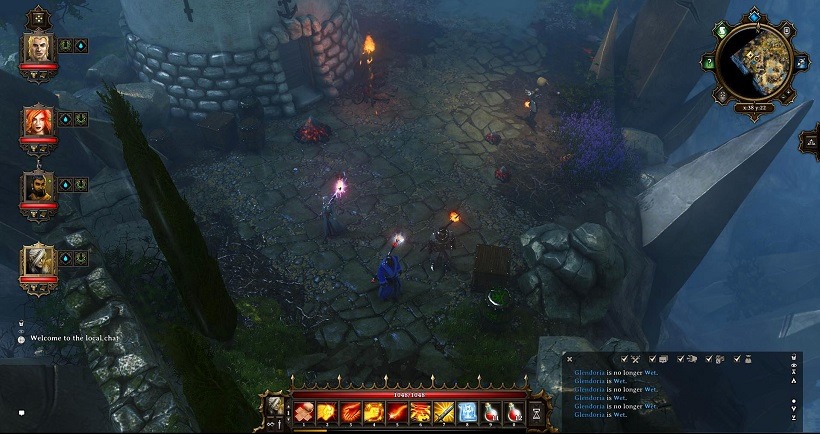 Shortly after this elemental demonstration, Vincke invites one of his colleagues (whose name was Thomas… I think) to join his game. At this point, they are both standing on the same screen with their relevant party members they have control of. As they move away from each other, the screen zooms out accordingly.

When separated completely however, the screen splits. It happens seamlessly, not stopping the gameplay whatsoever. Each player can carry on their way without distracting the other.

Inventory for example, is completely independent – pulling it up to look through items does not affect the other player in any way. They are free to carry on as they please. 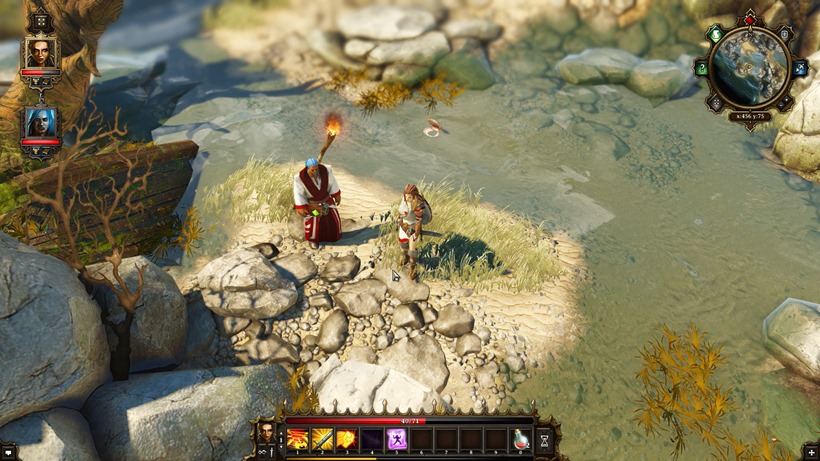 Throughout the rest of the demonstration, Thomas was locked in battle in a dungeon, while Vincke showed us some of the game’s other mechanics. Poor Thomas seemed to be struggling a little with his encounter against a mob of enemies. At this point, Vincke left what he was doing to join his ally an offer some aid.

This just further illustrates how awesome the co-op split screen in Divinity is. Granted, this sort of multiplayer is available over the Internet, but having the option to play it locally with a friend, for me anyways, is pretty damn awesome.

If you’re looking to play on console specifically, this looks incredibly inviting. You can work together with a buddy, or venture off by yourself to another part of the world to do your own thing, all on the same screen. Everything I saw happened without load times whatsoever. 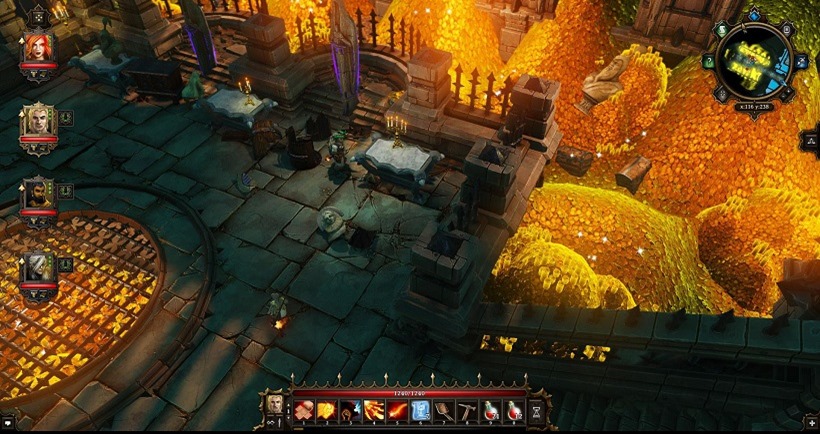 The emphasis on co-op for me really was the highlight of the demonstration. Beyond that however, sits a lot of additional features coming to the enhanced edition.

There will be hours of additional content, new visuals and improvements in that department, as well as rewritten story. Even if you’ve played the original, diving into the enhanced addition for all these new features seems well worth the time. 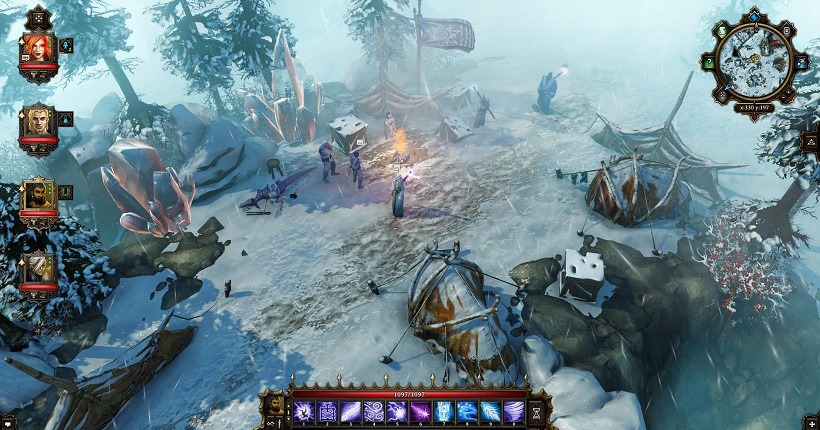 With all these new features, Larian Studios could’ve easily packaged Divinity: Original Sin Enhanced Edition as something new, and charged a premium for it. Instead, they’re giving it to those who own the original game for free, and doing a proper port for consoles, meaning those gamers can finally get their hands on this popular RPG.

This is game development done right. No wonder everybody seems to love Larian Studios!