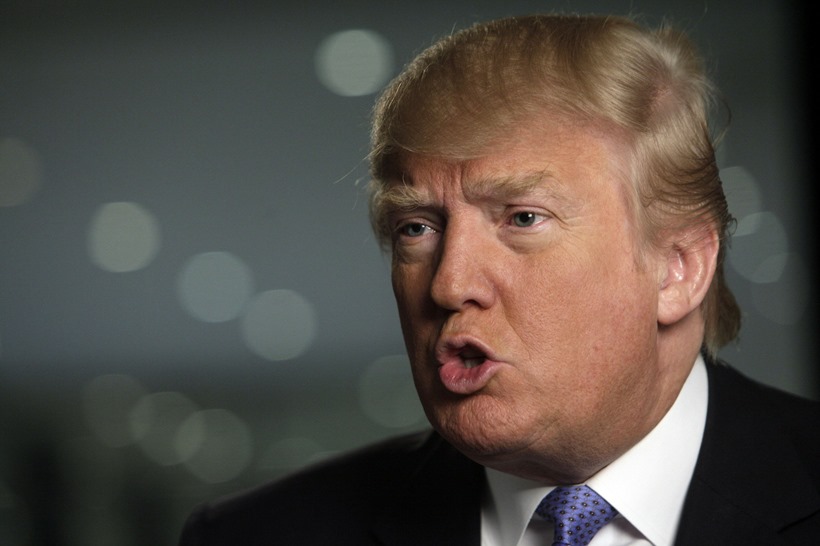 There’s a theory in gaming. It’s a legend, older than the ancient cods of Contra and more mystical than the hidden city of Half-Life 3. It deals with the arcane audio of Street Fighter II, a game which had a specific song for every fighter that was in that game.

But one fighter had the bestest song. And that brawler was one Colonel F. Guile, a master warrior who had unlocked the secrets of flashy kicks, infinite hair gel and getting a movie deal that involved Jean Claude Van Damme.

The Guile Theme has long been said to have strange and mysterious powers, including the ability to be the perfect backing track for any particular video.

We’ve tested this theory out before, watching a ten-hour KFC advert using the Guile Theme, adding it to the funerals that were televised and watching in bewilderment as it made Rocky movies even better. But we’ve got a new challenge for the venerable theme.

In case you don’t follow US politics, the big news lately is that Donald Trump is looking to get a seat in the Oval office. Ordinarily, this would be a fine idea if the candidate in question wasn’t a sexist, racist jerkass with a combover that is about as obvious as a Leon Schuster prank.

Trump is currently in the news again, for his dope beats and the use of bings and bongs. Here’s a vine of it in action.

And more importantly, here’s a video where we test said phat beats with the Guile theme theory: