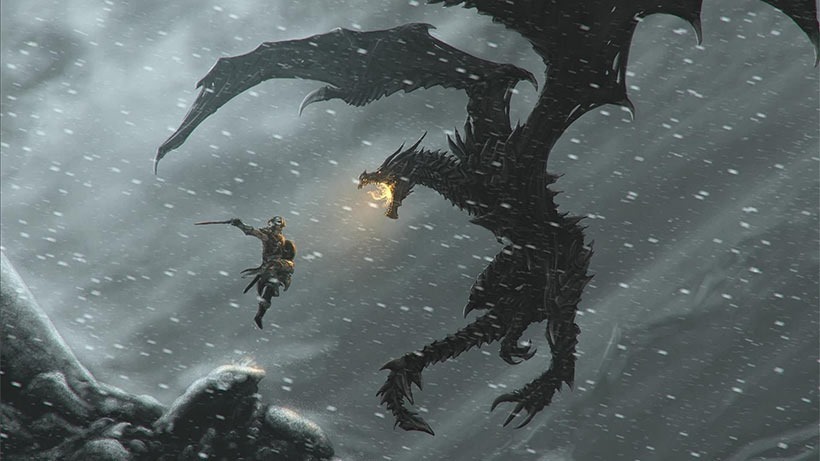 Fallout 4 is coming, and even though it’s very similar to the last Fallout, is one of the most anticipated games for the remainder of the year. Not everyone who loves RPGS (Bethesda’s flavour of RPG in particular) is excited though. For many, the post-apocalyptic wasteland, vaults and radroaches aren’t a compelling draw, and they’re rather be battling dragons in the mountains.

If you’re one of those people expecting news of a brand new, single player Elder Scrolls game, be prepared to wait for a long, long time.

Speaking to Dualshockers, Bethesda’s spokesperson Pete Hine’s said that it’ll be a “very long time,” before anybody at Bethesda is ready to talk about a new Elder Scrolls games. Naturally, everyone at Bethesda is hard at work putting the finishing touches on Fallout 4, while at the same time dealing with post-launch support of ZeniMax Online Studios’ Elder Scrolls Online.

Fallout 4 is set for release in November this year. If you take in to account that the game will be getting post-launch DLC for the next year, it’s incredibly likely that we won’t hear about a new Elder Scrolls until 2017, for release in 2018.

What’s likely, given how the games industry seems to work these days, is that we’ll see a remaster of Skyrim or Oblivion for the newer consoles, released as a stop-gap not just for profits, but to keep Elder Scrolls fans happy. If the new console versions were to come with any sort of modding support though, I think it would make the many players rather happy.