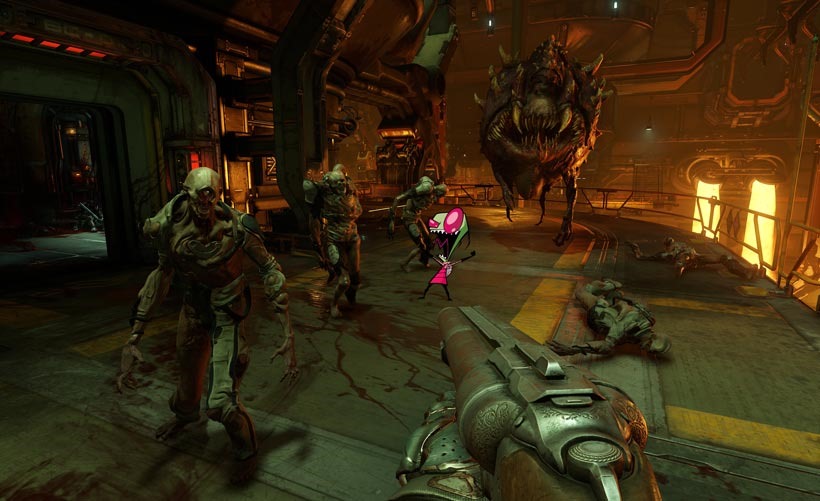 id Software’s upcoming DOOM revival looks like a proper old-school game: No health-regeneration, old school action and enough violence to make a demon vomit. It’s the kind of game that we just don’t see these days, as we’ve remarked before.

The previous console generation was pretty much defined by contemporary battlefields of war, with players regularly dropping into Iraq in much the same way that a Robin Hood movie always kicks off with peasants having taxes kicked out of their skulls and their homes set on fire.

And that’s a trend which is only now starting to become less relevant. The big guns are still there, but according to Bethesda’s marketing executive Pete Hines, DOOM has the potential to go “toe-to-toe” with other “really big shooters.”

“It has some old-school sensibilities but it is doing it in a very modern, fresh next-gen way,” Hines said to MCV. 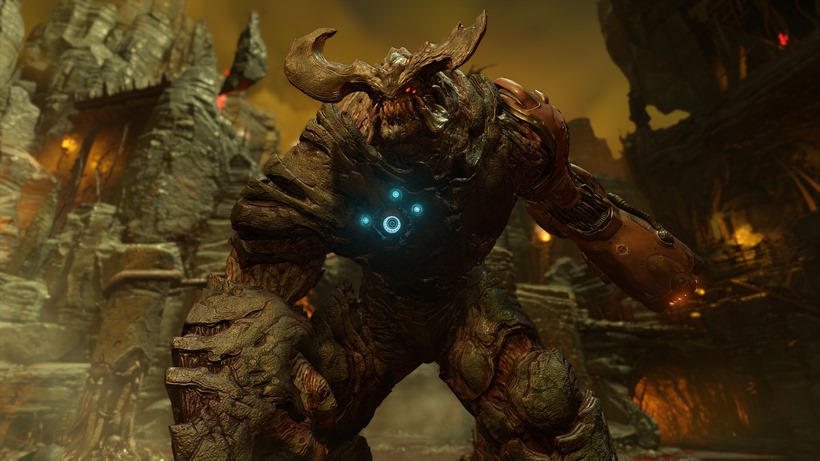 The multiplayer is not your traditional first-person shooter multiplayer. It is not one shot and the other guy is dead, it is not about who has the fastest trigger finger or reactions.

All of those things together creates something you’re not going to get from many other first-person shooters…It can go toe-to-toe with those really big shooters.

And a comment like that may sound obvious, until you realise that DOOM has been out of the spotlight for quite a few years now. In other words, it needs to re-establish its reputation. And Hines said that Bethesda was aware of that. 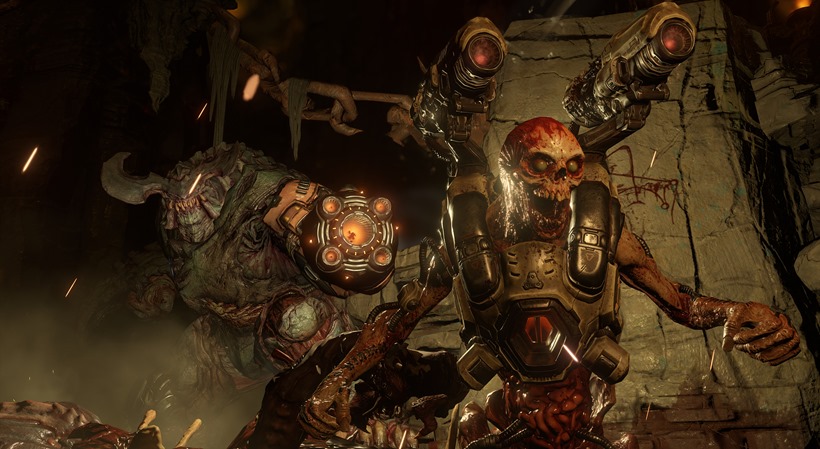 Doom is fast-paced, very visceral, and sort of incentivizes you to be aggressive. If you are low on health, the best way to stay alive is to find a demon and kill. If you stop taking fire for a little bit, your health doesn’t go back up.

And that means that the marketing machine is going to be hitting high revs, as Bethesda prepares an awareness campaign. Because “If nobody knows about it, it’s like a tree falling in a forest while nobody is around,” Hines said.

Said marketing requires me to tell you that the game is out next year in the US of A spring, on PlayStation 4, Xbox One and PC. Please ignore the large burlap sack with a dolalr symbol emblazoned on it that is overfilling with cash, that I just received from a Bethesda delivery van.