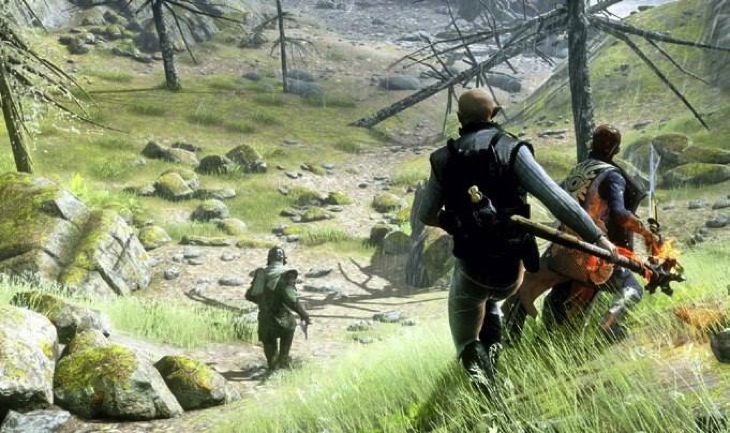 Dragon Age: Inquisition is coming, and we keep on hearing more about the romantic elements, new companions and gameplay mechanics of the game. In a recent Raptr chat with developers, more tidbits were revealed, but it’s a pain to read through all of them.

Much like a Reddit AMA (ask me anything), the good people of Bioware took to Raptr to answer various questions from the community. They didn’t answer everything, but there are some interesting bits and pieces that are worth sharing. You’re more than welcome to sift through and see what I missed – with over 5k comments in the thread, I’m sure I missed plenty.

Approval systems have changed in Dragon Age: Inquisition. According to lead designer Mike Laidlaw, the focus is now on what you are doing and what you say instead of constantly giving your companions gifts. Each follower has their own goals – remember, you are a leader of leaders – and if you help them towards their own ends they will appreciate it. However,

And if you piss them off, they might just leave.

Producer Cameron Lee expanded on the romantic elements, stating that there are eight romantic options and “Only 2 of those have any racial preferences (for story reasons)”. At least one of those romance options won’t be one of your companions or advisors.

As for character customization, there will be systems in place for adjusting lips and maybe even hair, but don’t expect chest hair or to be able to customize your body shape – that comes predetermined. If you choose to play as a Qunari, you’ll be bigger than a human but not as big as the Qunari companion, Iron Bull. You’ll even get to customize your horns, although as for wearing headgear, Qunari will have a different type of slot for that equipment.

I’m excited to see this in action. It will be great for the companions and relationships to be more nuanced this time around, and I’m keen to see how they change things up on the romantic side. That was one of the real issues with the previous Dragon Age games, and I hope that we see a much better experience this time around.