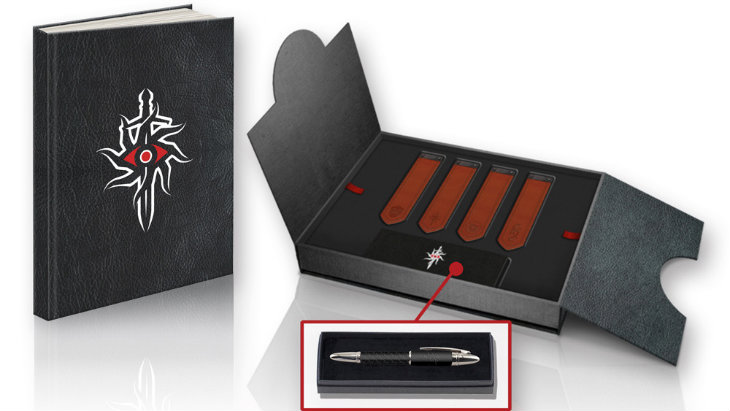 Considering the vast range of Collector’s Editions, I think we’ve gotten used to the idea that it will be difficult to decide what version to get when a game is released. I got all excited to hear about an Uber Edition for Dragon Age Inquisition, but it’s not as uber-ly cool as I thought.

Prima Games make a variety of guides, but this one looks particularly pretty. So what do you get with the Uber Edition?

While it looks quite cool, and I like the design of that book, I’m not sure it’s worth the $105.84 they’re asking for it over on Amazon. It doesn’t include the game or a figurine. So some leather ribbons and a guide. Oh, and a pen. I’d rather just buy a pretty book and pen and write my own guide.

I’m very keen for this game, and inclined to buy a Collector’s Edition. However, I don’t think I’ll be picking this up – I’m not a big fan of guides, even if this one is rather pretty. Do you guys buy into the Collector’s Edition stuff, or does it all just seem like unnecessary clutter? What do you think should be included (beyond all the DLC, of course)?