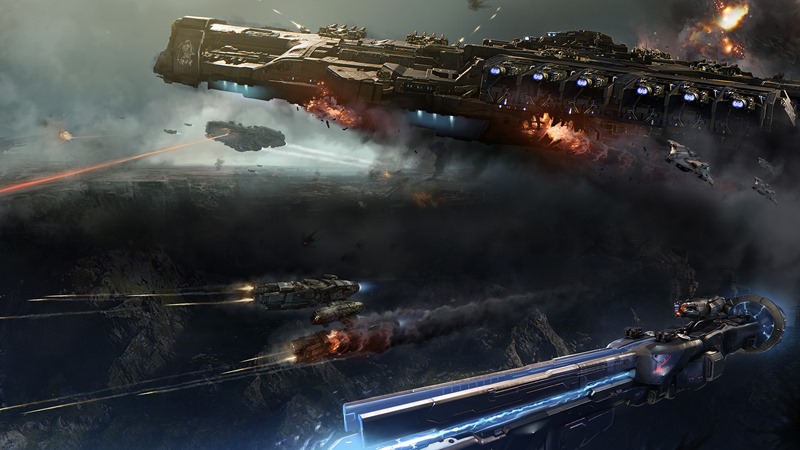 I’ve mentioned before how now is a good time to be a fan of the space-combat sim. No Man’s Sky is scratching an itch for exploration, Elite: Dangerous is headed to consoles and Star Citizen…Well at least it looks rather pretty as we wait for it to fully release. There’s one other game in that genre that’s on the way though. A game where bigger is indeed better. And it’s looking quite capital (ship), old chap. It’s called Dreadnought. And it’s bigger than a book of yo mama jokes.

Currently being developed by Yager Games on the Unreal 4 engine, the PC game is due for release later this year. The idea is simple enough. Players have command of a proper battleship, one of several classes with their own pros and cons. Players also need to focus on commanding their crew in battle, instead of lone-wolfing it in a single starfighter, so gameplay has a higher focus on strategy and getting your ship into the right position, diverting power to various areas and surviving large-scale encounters. It also looks bloody gorgeous in these screenshots and concept art pieces:

It’s been a while since we’ve seen any game set in this sub-genre. The most notable that I can think of right off the bat, possibly Star Trek Bridge Commander and before that, Klingon Academy. That’s a style of gameplay that’s also quite different, and requires some careful planning and thought. Unlike some other people who simply pack certain sections of their ship with as much expendable crew as possible in order to turn their vessel into a makeshift battering ram.

Man, can you imagine the kind of tosspot who would do that? Now pardon me while I nonchalantly whistle an innocent tune.