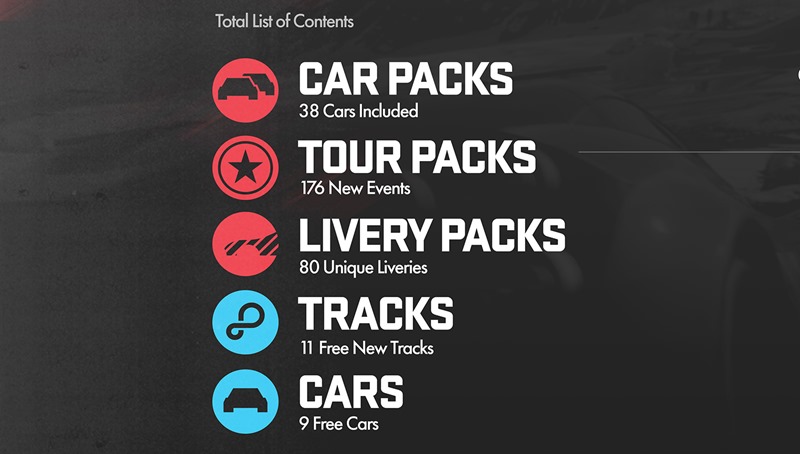 Cars! Get yer cars! Get it on a stick! That’s because Sandy is a terrible driver!

DriveClub isn’t just a flavour of the week racing game for Sony and Evolution Studios. They’ve got plans for the game, which involves giving it some long legs in order to keep it going beyond launch month. The game is finally out on October 7, with a free version hitting PS Plus players in the face with 11 tracks (23 routes) and 9 cars. If you want to add to that game, you can throw real money at DriveClub, and get more content. Fair enough

So use actual money, get get all of the above and more. Zounds. On the plus side, the PS Plus option makes trying and buying the game a lot more plausiable, so there’s nothing to really lose, I reckon. Alongside all that, there’s also a $25 season pass, which is supposed to contain $75 worth of value. Here’s a handy diagram showing off what you get exactly: 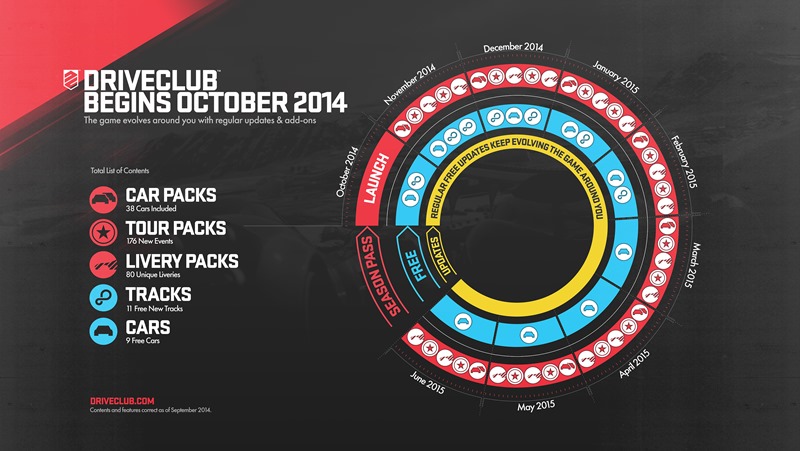 Handy stuff then. Now if you’ll excuse me, I may have gotten drunk, crashed the company car and seriously injured Martha. Obviously, I need to switch places with him, and make it look like he was driving.