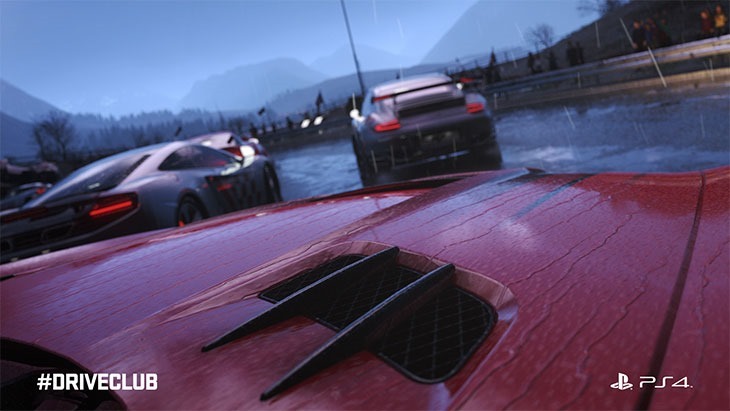 PlayStation 4 racer Driveclub has had a bit of a rocky start. It was meant to launch alongside the PlayStation 4, but was unceremoniously delayed just before release. It was then delayed again – and if you ask me, that’s a good thing because when I played it at E3 last year, it was bland and uninteresting, and hardly the sort of thing anyone would call a “next gen” game. That looks like it’s changing quite a bit.

For starters, Driveclub now features some of the finest, most most realistic bad weather effects you’ll likely see in a racing game for quite some time. Sony revealed the weather effects via a couple of Facebook videos yesterday. Take a look.

Here’s the caveat, because there’s always one, isn’t there? That sexy customisable weather effect stuff won’t ship with the game when its released in October; instead, it’s coming post-release in December.

Here’s what Evolution Studios’ Alex Perkins has to say about the new dynamic weather:

We’ve approached our weather system with the same guiding principles as we’ve done with everything in DRIVECLUB, to make it as immersive and fun as possible. We’ve developed a powerful engine that has the capability to model the entire environment in stunning detail; from each cloud that makes up our living skies, to every crest and fall in the tarmac beneath your wheels.

From there, we’re breathing additional life into the environments by developing the earth’s atmosphere around it. Originally we focussed on authentic lighting and skies as the tool for you to customise stunning backdrops for fun challenges with your friends. Now, we’re developing a dynamic weather system that plays into all of this, adding another powerful tool to your arsenal.

The cloud cover and conditions you choose will dictate how much snow and rain will fall. The wind direction and speed determines where snow will settle. Then when it stops, the temperature and height of the sun governs how quickly clouds evaporate and roads dry out. We’re really striving for consistency in every detail just like we have done with everything else in the game.

In somewhat related news, Sony has announced that we’ll be getting a Driveclub PlayStation 4 bundle in October, naturally bundling the racer with a shiny new PlayStation 4. If you’re a petrol head waiting to jump in to next gen, this could be the perfect thing for you. It’s been confirmed for South Africa, though we have no pricing details just yet. 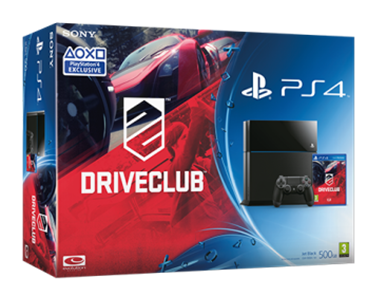