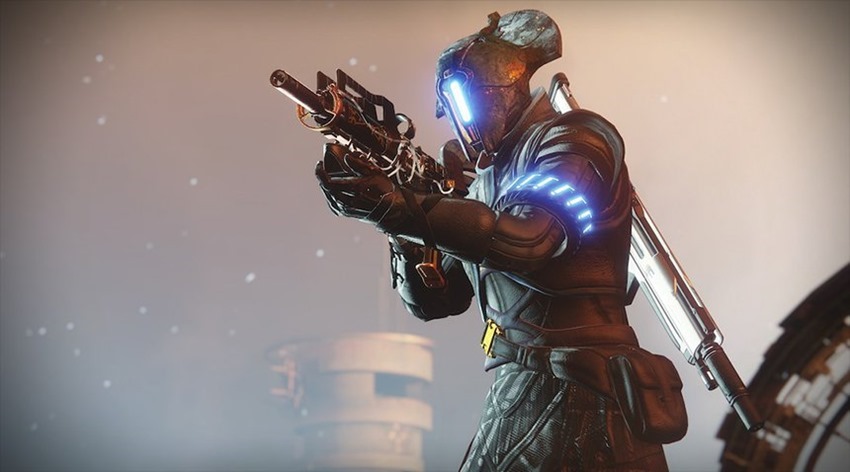 Destiny 2 was super fun…until it wasn’t. The end game grind in Destiny 2 wasn’t nearly as fun, engaging or rewarding as it should have been. Nor was its post-release content. Curse of Osiris was as middling as extra content could be, with Bungie even admitting it made some major mistakes with the content, along with a few plans on how to fix them.

Could DLC 2 be better? We’ll have to wait to see, but it appears that Gamestop has let the cat out of the bag on what players can expect. According to an apparent leak, the impending DLC is called :The Fallen Warmind,” which coincides with an earlier leak.

Only now, it includes a product description:

“Destiny 2 Expansion II: The Fallen Warmind continues your Guardian’s journey with all-new story missions and adventures set in a new destination, Mars. Rasputin has mysteriously vanished, and Ana Bray has returned to The Last City, warning of a dark uprising on Mars. Discover the conspiracy behind his disappearance, prevent the rise of a corrupted Warmind, and uncover the truth behind the Collapse.”

The apparent leak has been pulled from Reddit, and could well be fake though. Take it all with Mars-sized boulders of salt. We still know nothing about the new DLC, other than that it’s supposed to be out in May. Given the unusual lack of marketing around it though, I’m a little worried that even Activision and Bungie no longer see Destiny as much of a priority.

Personally? I think this particular leak is bit of easy-to-make fakery. Whatever the next DLC ends up being, it’s going to have to be exceptional to bring the scores of lapsed players back in.