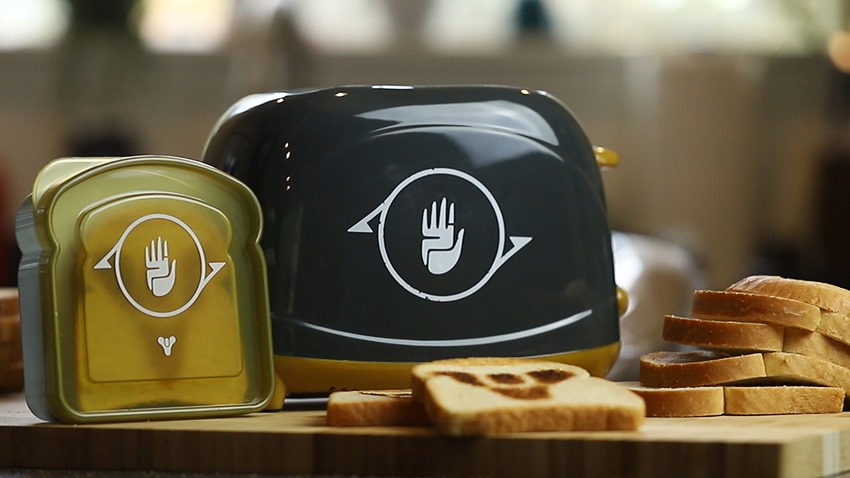 Toast! The perfect food. It’s easy to make, you can put anything on it, and it makes for terrific last-second armour when you’re under attack. Destiny 2 developer Bungie has recognised the brilliance of “bread but like harder”, and in its latest bid to raise some cash for the St. Jude Children’s Research Hospital, the studio is selling its own official toaster.

It’s worth noting that the official Destiny 2 toaster isn’t exactly on par with the best bread-warmers out there, as its signature gimmick of burning the Destiny Tricorn symbol into bread results in the outer edges remaining relatively soft. Like most Destiny releases, expect that bug to be patched in the weeks to come and then watch as something else breaks when players discover the Toast Cave exploit and farm it for weeks.*

If you grab one of the $85 toasters, 10% of all profits generated will go to St. Judes. And in case you’ew wondering why Bungie is selling a home appliance, the entire device is a sly nod to the Jötunn Exotic Fusion Rifle which is known by fans affectionately–or with seething rage in my case thanks to failed Crucicble runs–as “the toaster”. Also look at that sammich container. I’d saly dark gods of the Hive and leave their corpses to float around the rings of Saturn for all eternity for one of those lunchboxes.

In other Destiny 2 news, Grandmaster Nightfalls are back next week and will offer Plug One.1, Hung Jury, and Uzume RR4 as Adept-level rewards. They’ll be available on a four-week rotation which will bring back the previous season’s Shadow Price, Palindrome, and The S.W.A.R.M. on the fourth week.

*There is no Toast Cave or toaster patches I am of course lying through my teeth. Don’t let your memes be dreams.