Garden Warfare 2 takes over where the original PvZ left off with, well, pure insanity. This time the plants have stopped being the defensive superstars they always were and have decided to take the battle to the zombies themselves.

There are now three new special zombie classes to get your hands on with a sniper class, a melee class and an insane speedy Gonzalez type zombie class.

They are also adding a single player mode to the game finally which was something that was sorely missing from the original Garden Warfare.

Plants vs Zombies Garden Warfare 2 is planned for Spring 2016 (So next Mayish really) and while it looks like a whole lot of fun I can’t say that I’m overly excited for  it.

The first Garden Warfare was lightning in a bottle due to the fact that it didn’t take itself too seriously but now that it’s being turned into a series is it really going to be possible to keep that light hearted feel? 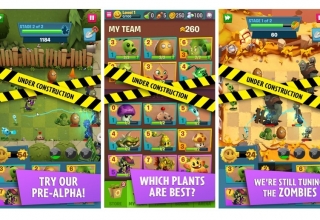 What appears to be a return to the original formula, PvZ 3 has only been launched in a select few countries with more expected to follow in the next few weeks.