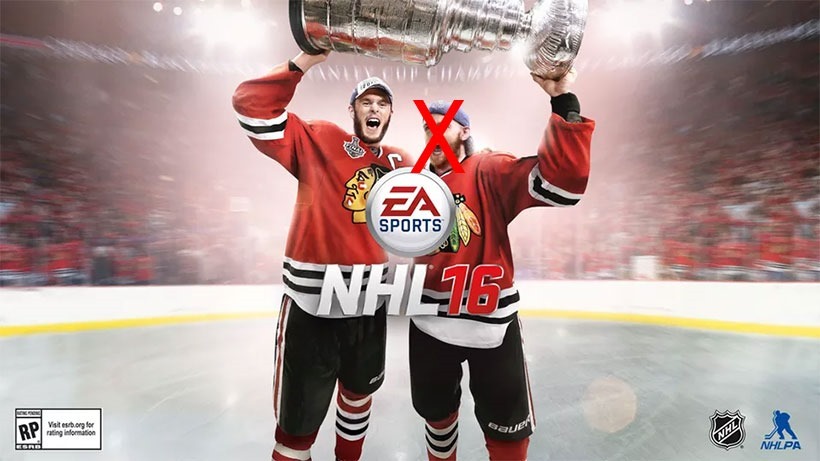 Because we live in a generally sunny clime, Ice Hockey isn’t quite as popular a sport here as the one played on a verdant field. Unless you ardently follow the sport, you likely have no idea who Patrick Kane is. Truth is, neither do I – but he’s been removed as one of the cover athletes of EA’s impending NHL 16.

Kane is currently embroiled in investigation, following an alleged rape at his Hamburg, New York home.

The News reports that Kane met the woman and a friend at SkyBar, a popular nightclub in Buffalo, last Saturday night before he allegedly invited them to his home “for a private party.” The accuser alleges that the crime happened soon afterwards at the home when “she went by herself into another room, where Kane followed her, overpowered her and raped her.”

No criminal charges have been filed as yet apparently. While I believe in the notion of “innocent until proven guilty,” I completely understand why EA would drop Kane before the results of the investigation. EA is a business, and any business would do well to avoid PR disasters.

This leaves Kane’s teammate, Blackhawks Captain Jonathan Toews as the sole cover star for the game.  The WWE has recently done a similar thing, erasing the existence of Hulk Hogan from its website following racist outburst from the aging wrestler.