Paramilitary shooters may be all the rage lately, what with their habits of escalating conflicts into global catastrophes that would give Michael Bay a brain aneurysm from too much explosive-pleasure, but that’s just a fantasy world, right?

We’ve seen very few games that have actually been based around actual historical battles, besides the deluge of mid-2000 PC games that used the Omaha Beach landing and invasion of Normandy like an annual timeshare.

EA Labels boss Frank Gibeau recently spoke about how the publisher would be interested in once again producing a title with some real world merit to it, citing current global conflicts as source material.

“As a studio exec, I wouldn’t have any opposition to somebody saying, ‘No, I want to tell the real story as it unfolded.’ I’d be totally open to hearing that pitch; it would certainly be a twist on what’s out there in the marketplace”, Gibeau told Kotaku.

“Medal of Honour frankly was ripped from the headlines more than a little and told the story of the SEALs that were helping us build the game. We had a concept about what it was like to be a Marine and being a part of very large events. It was really important for us to capture that emotional feeling of being swept up into things that are bigger than just one person.”

But don’t start pre-ordering Battlefield 4: Saddam Takedown just yet, as Gibeau explained that before such games can be made, the experience needs to drastically improve first. “I think you can do that now if you felt like that’s the story you wanted to creatively pursue”, Gibeau said. “I think it’s possible to do in a lot of different categories, too, like sports or a modern crime story”.

Taking the realism factor even further, Gibeau then mentioned that the recent repeal of the US Military “Don’t ask, don’t tell” policy would also play a factor in future military games, to include possible gay characters as well.

“We’ve explored that concept in games like Mass Effect from BioWare. I don’t see any reason why you couldn’t pursue that storyline or that kind of character in a more realistic title if it made sense for the game that you’re building”. 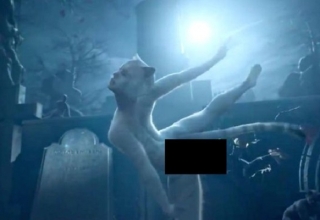 Another VFX artist confirms details of the infamous butthole cut of Cats, while also revealing some torrid working conditions for the special effects crew.