Home Gaming EA partners up with Real Madrid for FIFA 16 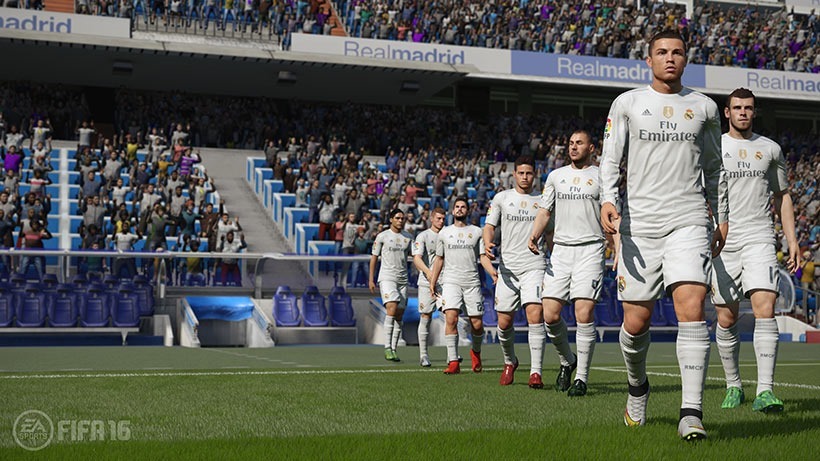 FIFA! If there’s one thing EA’s football sim does better, and will always do better it’s inking licencing deals and doing facial capture for player likenesses. No matter how many improvements PES makes, that’s one area that Konami just doesn’t have the resources to compete in. And the latest deal is a big one, which sees FIFA 16 as the official digital home of Real Madrid – bringing with it a wealth of player likenesses of a bunch of people I’ve never heard of because football is rubbish.

“We’re honored to welcome Real Madrid as an official partner club and the opportunity to bring fans even closer to the team through unique experiences and authentic player likeness in the game. Real Madrid is one of the most popular clubs in the world and that’s also true within our game; we are looking forward to building a deeper connection with the club in the coming years.”

“We’re delighted to be working with EA SPORTS as our official videogame partner. They’re the market leading brand in football videogames and we can’t wait to start working together to give both our fans unforgettable experiences. Many of our players are big FIFA gamers and I know they can’t wait to play FIFA 16.”

The deal means that FIFA will include the likeness of the players and the Real Madrid’s home pitch, the Santiago Bernabéu Stadium. You can also expect brand new, updated 3D head scans of some of Real Madrid’s most popular players, including Cristiano Ronaldo, Sergio Ramos, James Rodriguez, Luka Modri? and Karim Benzema.

Unfortunately, it looks like we’re still in L.A Noire territory, where faces are remarkably lifelike, and the bodies they’re attached to aren’t quite as realistic.

There’s a trailer about it below.