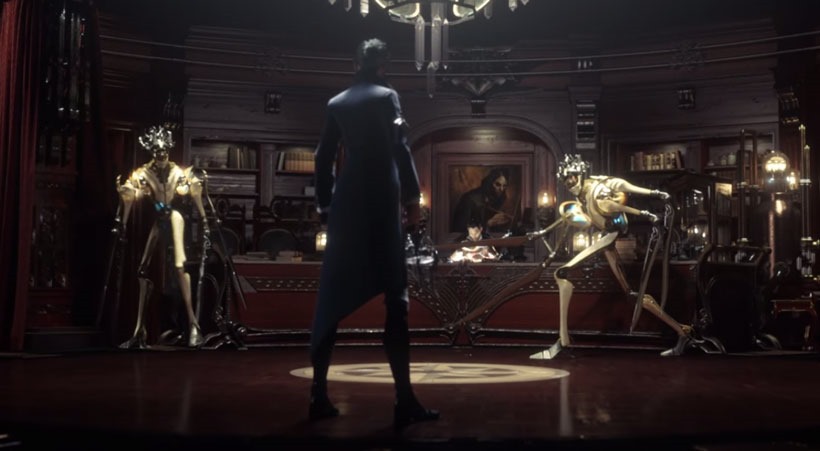 Just like a Mormon wedding in Utah, Dishonored 2 is keeping it in the family. The combat and player protagonist that is.

The upcoming sequel will have players switching between either Dishonored’s disgraced hero Corvo or his (possible!) daughter Emily, as they work their way through the exact same missions in the game. Missions that will allow for different approaches of course. Speaking to Mashable, Dishonored 2 co-director Harvey Smith elaborated on the ways that the two characters would differ from each other when it came down to drawing swords and throwing magic around.

“Emily fights with a little more finesse than Corvo does,” Smith said.

Whereas Corvo has the very classic Possession, Rat Swarm, Blink, Emily has Far Reach, Shadow Walk, Mesmerize – these powers that nobody has heard of.

Compared to Corvo’s Blink ability, Emily’s Far Reach is more about pulling a player to a target than instantly teleporting there. That means that Emily is visible when she uses it and throws a magical tendril to get around, but the skill does have other advantages to master.

“You can stick to walls, you can yank somebody toward you and assassinate them in mid-air, so you have these synced assassinations in mid-air,” Smith explained.

It begins to feel different, and it adds momentum. You can run and jump and it has rope physics to it.

The other big difference in characters? Their voices of cast. Voices which give life to characters with different outlooks on the events unfolding around them. “Corvo’s an older guy, he’s coming home for the first time to Serkonos. Emily is like an empress outlaw on the run, and she’s young, she’s 25,” Smith said.

There’s a different theme in the narrative sense, in the literary sense.

Dishonored 2 is out next year on PC, PlayStation 4 and Xbox One. And I wish I had a snappy coat like Emily. That’s just pure style right there.