We Happy Few was revealed early this year, with the developers behind Contrast revealing the delightfully creepy city of Wellington Wells. In this drug-induced mirage of happiness, you stood alone – a downer of sorts looking for a way out. The atmosphere was unique, the premise interesting and the idea of gameplay left to the imagination. Something which the Kickstarter put to rest yesterday.

Compulsion Games needs your help to make We Happy Few, and have started taking your money flinging donations over at the funding raising website. The Kickstarter campaign is much more than that though. For the first time, we actually know how We Happy Few will play, what it’s about, and just how far you will go to escape facing your terrible past decisions.

That’s the premise behind Wellington Wells and its inhabitants – who are all high on a drug that allows them to escape past atrocities and live in an inescapable happy haze. You play as one of three Downers – citizens who have rejected the use of the mood altering drug – in a desperate attempt to flee the city alive. The game will play out as a roguelike adventure – with every death forcing you to restart and reevaluate your strategy.

The procedurally generated world changes every time you jump in, demanding a keen balance between resource management and your preferred method of departure. You could choose to slum it out and hide for days on end – stockpiling food and water to stay alive. You could also take small doses of the drug to try and fit in, hiding in plain sight. Or you could choose to make a mad dash for the exit – cricket bat in hand and crushed skulls in your wake.

There’s a lot of mechanics and enemy variations to make all these different approaches viable and fun – not to mention the strength and weaknesses of the three downer protagonists you’ll get to play as. Completing the game with one unlocks the other, with each of their different tales interweaving to create an interesting backstory for the title. It’s all aimed at getting you to dive back into the unique, emotionally skewed world of Wellington Wells time and time again.

You can also check out fifteen minutes of gameplay ripped directly from the extended Twitch steam Compulsion run last night, to get a better idea of how all of these elements fit together. The game is aiming for launch this time next year – and it certainly looks like it’ll reach its funding goal in time. And that’s great too, since this is one of the more unique takes on a first-person adventure I’ve seen in a long time. 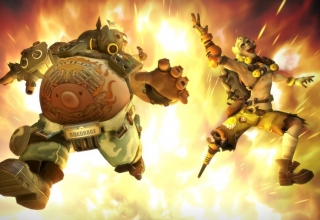 The Experimental Mode is being used as a faster, more accessible Public Test Realm as a means to evaluate drastic gameplay changes.