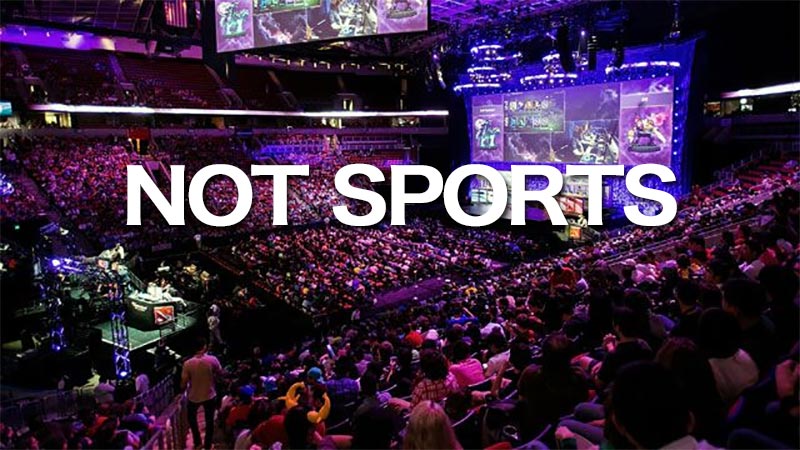 A little over a month ago, I told you that ESPN was going to be expanding their eSports coverage. They obviously liked all the attention they got during The International, but did it also mean more acceptance for eSports? Well, not exactly.

When asked for comment on Amazon’s deal to buy Twitch, ESPN President John Skipper was quite direct on the subject:

Okay, so not a sport but competition. But what about the other stuff that ESPN shows, like eating competitions and the world series of poker? How does that fit into his idea of promoting sports instead of competition?

Unfortunately, I think this just goes to show that eSports still has a long way to go before it’s accepted as mainstream. ESPN will probably still boost their eSports showings – they want the ratings after all. However, it’s interesting to see that the big boss isn’t interested in it. I just wish that the interviewer had pressed to find out which “real sports” he wants to see more of and which ones he thinks can be scrapped from the channel.

The DGC is almost upon us, and we know that tons of people will be taking part. It’s one of the largest competitions we see in this country, and it will probably only get some quick mentions on the evening news, if that. Would you like to see it broadcast on Super Sport? Can you imagine a future where that’s possible, or should we just change our expectations for eSports to go mainstream?