Home Gaming Even More Burnout DLC on the way! 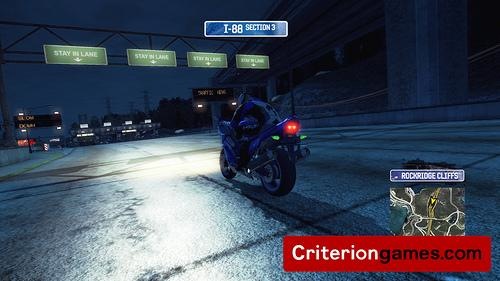 As many of you know, Burnout is going to be getting some new DLC soon. What’s really great to hear is that they are already working on even more DLC to be released in August.

The new DLC is going to contain something that Burnout has never done before, motorbikes!

Not only will it have bikes, but all the bikes will have their own modes and challenges as well. They are also adding the ability to rip apart the streets of Paradise City at night, with less traffic getting in the way.

I’m really glad to see that some companies are approaching the use of DLC in such a great way. Some of the other infamous developers would probably have tried to charge us for some Chromed 22’s, instead of new game modes and vehicles.

So far, it is not know if it will be charged for or free. I doubt it will be free, but if they are going to charge, at least it looks as if it will be worthwhile and not just a pile of dribble that they are trying to flog off for some extra cash.