Home Gaming Even newcomers can prepare for Dota's International 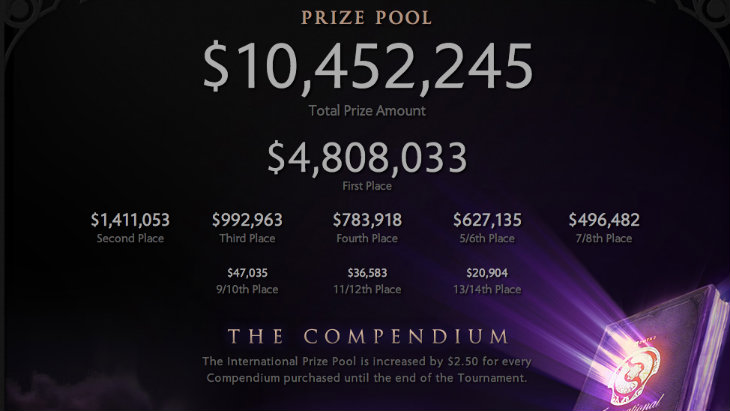 The International 4 is almost upon us – starting from tomorrow the pre-events get rolling, building up to this weekend’s main events. There are a bunch of reasons to be excited for the tournament, especially since you can watch even if you have no idea how the game is played.

At the moment, the prizes are huge – the Second Place prize is equivalent to last year’s First Place. While the winners this year will be taking home a sizable $4.8 million, even third place will grab just shy of a $1 million. It certainly pays to play Dota 2.

There will be a variety of streams available for people to spectate The International in a range of languages. New features include Spoiler-Free DVR Broadcasts to ensure that if you watch after the fact the matches aren’t ruined for you, as well as a multicast – with multiple games going on at once during Phase 2 of the playoffs. This way you’ll be able to watch all the games at once, getting commentary on unexpected picks, big team fights and major plays.

However, the aspect that’s getting the most attention is the Dota Newcomers Broadcast.

New to Dota? Or maybe you play Dota but have never gotten interested in the professional side of the game. Welcome to the Newcomer’s Broadcast, an English stream happening alongside the main stream, featuring commentary aimed at easing people into understanding the exciting world of BKBs, tri-lanes, and counter-picks.

Don’t know what the different Heroes do? Not sure about how the items work? This broadcast should help new players enjoy watching the match without being made to feel silly for not knowing all the ins and outs of the game. I wish traditional sports did this – it was really hard watching cricket or rugby without someone with me to explain what was going on, and this newcomer-friendly approach is a fantastic idea.

Will you be watching The International? Starting tomorrow we get the Wild Card Playoffs. They begin at 9am California time, which is 6pm for us here in SA. You can also watch the Solo Championship and just generally get warmed up for the Main Events which kick off next Friday; there’s tons of awesome Dota to watch before then, so by the time the weekend rolls around you’ll know all the top picks and bans and be good to go.