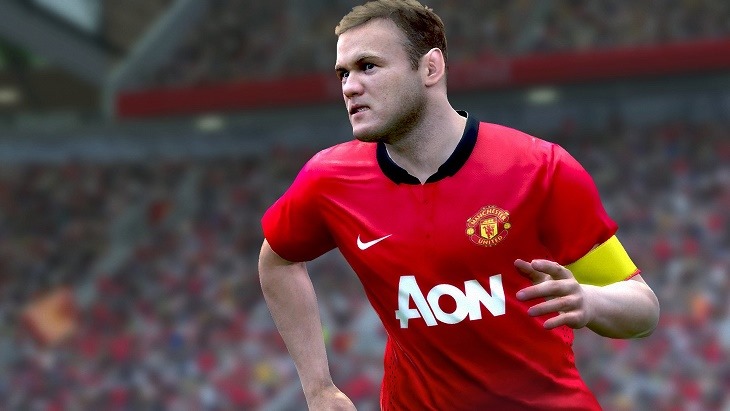 Last week Konami announced that this year’s edition of Pro Evolution Soccer would receive a nice little micotransaction addition. Naturally only a very few people took notice. That could be because only very few people still play PES after the terrible game they put out last year.

Konami understands that they really messed up last year, and lost even more ground to EA’s FIFA series. So what better way to catch up than basically replicating what EA does on a near daily basis; introduce something that will irritate fans even more. PES 215 will now feature microtransactions, and they’re being put in to give you “more choice”.

PES 2015 will feature a new myClub mode, which allows to to build your own virtual team of star players from around the world. Players must be bought in order to join your club, which can be done in one of two ways. You could play the game a bit, earn some shiny in-game currency points and buy players the old-fashioned way. Or…

You could reach into your pocket. No not that one, the other. Pull out your wallet, grab your credit card and just send another form of hard earned cash to get the virtual players you want. Studio head of Konami’s new European studio, James Cox, explained that this was introduced to give more choice to playersintroduced to give more choice to players who have less time on their hands.

This isn’t something new. Games like Gran Turismo have introduced microtransaction with the aim to give players “more choice” as well. Most of the time we’re told that the game is still fully functional without having to invest more into it, but more often than not that’s not entirely true. You could play the game an earn all the in-game currency to earn your reward, but sometimes these require hours and hours of grinding instead of natural progression. You know, like normal games.

That might not be the case with PES 2015, but history isn’t exactly on its side here. It’s very easy to add options for sucking more cash from consumers. It’s far more difficult creating that system and still making it fair for those who don’t want to pay.