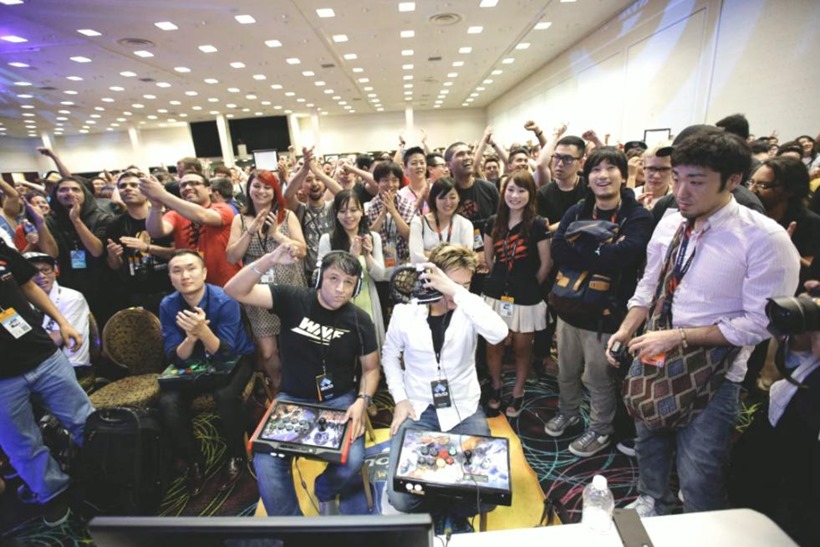 This past weekend saw thousands of people fighting to the death for honour and glory. No, I’m not talking about Boksburg again (although I believe that sort of brawling action happens every hour, on the hour) but rather, Evo 2015. This year’s tournament was the biggest yet, drawing in over two thousand entries for Ultra Street Fighter IV alone! Did you follow the action? No? Fear not, I’ve got your roundup right here!

There were a total of 9 fighting games showcased at the event. Here are the top 3 winners of each with their fighters/teams of choice (via ). I’ve also tracked down every grand final video, so take your pick, and enjoy!

As a side note, Woshige played Ogawa in the winner’s bracket semi-finals. He ended up celebrating a little too early, and ended up losing the game (via Polygon):

Well… that’s a little unfortunate. I think he will be regretting that little premature celebration for a long time. I wonder if he would’ve gone on to win (instead of placing 3rd) had he sat down and seen the game to its conclusion?

Super Smash Bros. for Wii U

This is just a brief summary. If you want a complete breakdown beyond the top 3 fighters of each game, you can head over to Shoryuken.

And there you have it! Did you follow all the Evo 2015 action? I watched some of the early stages briefly on Friday on Saturday myself, but I did miss all the finals unfortunately. From what I’ve been reading though, this Evo didn’t disappoint at all!