Home Gaming Evolve gets a new map and hunter…does anyone still care? 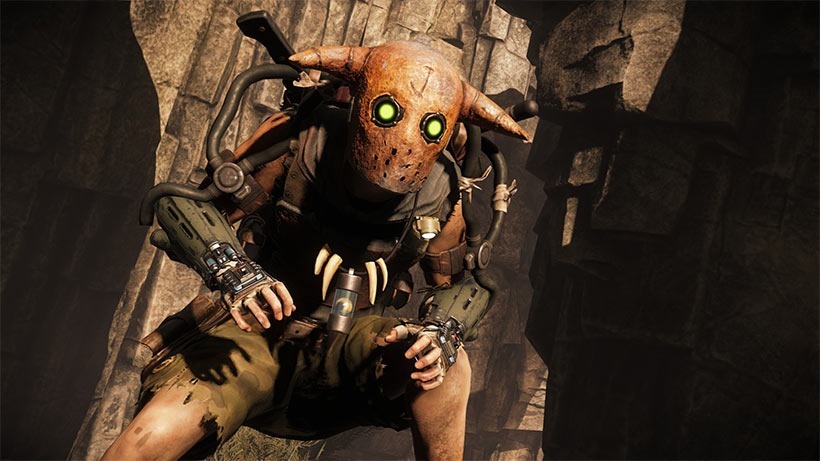 In the last month, Evolve, the much-lauded asymmetric multiplayer game has shed nearly 6% of its already meagre, diminished player base. At least it has for the PC version, according to Steam-tracking service Steamcharts. With an average number of daily players now hovering around 396 players a month, it’s not a stretch to call the game dead.

And yet, Turtle Rock soldiers on. This week, they’ve released a new batch of content – including a new hunter (which players need to pay for) and a new map (which, as with all maps, is free). Title update 5 brings with it a new Trapper, named Jack.

“Evolve’s newest Hunter, Jack (Trapper), joins the team with an all-new set of abilities and weapons. Jack, who refers to himself as The Jackal, scrounged the industrial ruins to build his trapper arsenal. To pack a punch, Jack dual wields a pair of pistols, enabling him to reload one pair while firing the other. To track and trap the Monster, Jack uses a hacked Survey Satellite to locate enemies and his Repulsor gloves to stop the Monster in its tracks.”

The newest map, Murder Pits, has a bunch of challenges contained within its arena-focused layout.

The Title update also features Hunt 2.0, which is a fancy word for a rejiggered matchmaking service. Here’s what it adds and changes:

Title Update 5 is also the biggest balancing update the game has received, details of which you can read in the game’s Patch 5.0 Notes. For the 3 of you who still regularly play the game though, here’s are the core changes coming to the gameplay:

This is one of the biggest balance patches Evolve has ever had. Like many other features this update, we’ve worked hard to address feedback and develop creative new ways to enhance gameplay in Evolve. This update, the meta is Evolving (grooaaannn)

It seems like a nice update – but I have to wonder if it’ll actually be appreciated by enough people. My own copy of the game sits on my shelf, gathering dust – and I have no intentions, frankly, of ever playing it again. While it was certainly fun, balance issues and the need to play with a dedicated team all the time made playing Evolve a chore. I think the asymmetrical aspect of it didn’t help either – and was probably a bigger detriment to the game’s longevity than the teamwork required. Counter-Strike and Rainbow Six do just fine, after all. Playing as the monster is a terribly solitary experience, and being the end boss just wasn’t as much of a draw as anyone at Turtle Rock or 2K had hoped.