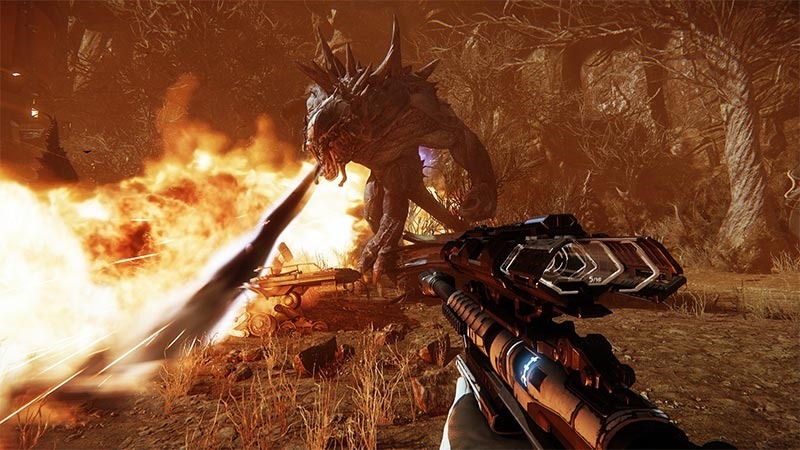 Evolve was one of the most severely hyped games in recent memory, winning sackfuls of convention awards, despite not – at the time – even being out. It’s something we’re guilty of too, much to my own chagrin. That game’s once immense popularity faded to black in the months after release, with player-numbers (on PC, at least) dropping to laughable levels. How well has it sold though? How many people spent money on the game, only to play it for a month, never to return?

According to 2K games, they’ve sold-in 2.5 million copies. That’s one of those misleading, nearly meaningless statistics, because it means shipped, not sold to customers. It’s a number that also blends digital game sales with shipper boxed copies, so doesn’t really paint much of a picture.

According to 2K though, the game has performed well above expectations, and is something the company is looking to continue as a long-term franchise.

The game was released in February this year to mostly positive reviews, but its approach to DLC and the fact that it was only really ever fun under very specific circumstances made it lose favour with many rather quickly. The fact that it had no worthwhile single player probably didn’t do it any favours either.

I actually rather liked Evolve when I played it – but only when playing with friends, and only for a very short time. Its charms wore off rather quickly – and I can’t say I’m excited for more Evolve. Funnily enough, I think this is a game that would have worked better as a free-to-play title; make the base game free to all, and charge money for levels, guns, lives or whatever. IT may not have made as much cash at the onset – but at least people would still be playing.

Do you still play Evolve? Do you know anyone who does?