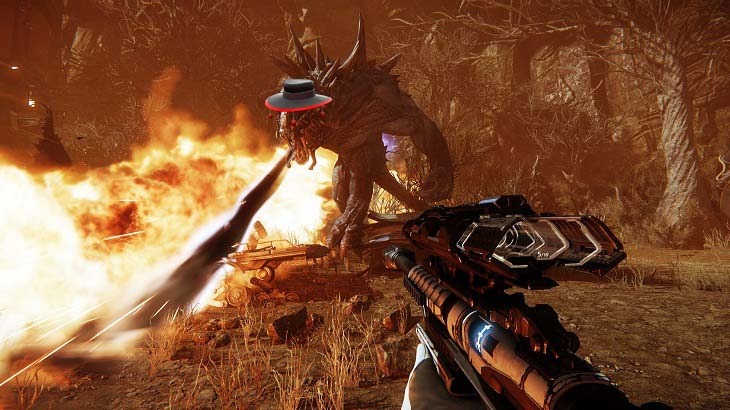 The best things in life are free, but you can give them to the birds and bees. I want the money! Uh huh! That’s what I want! We’re living in a new age of gaming, where some of the most profitable titles on the market are the ones that cost you zilch to adopt and plenty to master. And Evolve almost became one of those freemium games when it was being developed.

Way back before THQ was sprayed with bankruptcy water and started melting, Turtle Rock Studio was working for them. And in those early days of development, a free-to-play mechanic was being considered for their monster hunter title.

“That is not going to change down the track, well, we never say never about almost anything,” senior producer Mike Boccieri explained to Polygon.

But that’s not anything that we have in the immediate horizon.

With Evolve at 2K Games now, that idea was nixed, resulting in it being a full-price $60/R Shut Up Zuma game. According to Boccieri, that’s because 2K believes that Evolve will “shine brightest as a triple-A title”.

It wouldn’t be too difficult to retool Evolve as a free-to-play title at all. Want to be another alien beast? Pay up. Want access to more bullets for the assault rifle? That’ll cost ya. Need a respawn? Hoo boy, you better open up your wallet while I apply some grease.

Very, very few games have managed to avoid player heat and become profitable as free-to-play titles. And I’m plenty happy that Evolve is staying away from that path.